BRUSSELS (AP) — European Union and U.S. top trade officials on Thursday further cemented recent advances on some key differences that have soured trans-Atlantic relations over the past few years.

EU trade ministers used a virtual meeting with U.S. trade representative Katherine Tai to highlight the breakthroughs in the longstanding dispute over airplane production subsidies and a fight over steel tariffs.

“We agreed that finding effective solutions together is essential to preserve our critical industries,” EU Vice President Valdis Dombrovskis said.

“It is spring here in Brussels and there is a spirit of optimism,” German Trade Minster Peter Altmaier said. It stood in sharp contrast with the four years of divisive relations under President Donald Trump.

U.S. President Joe Biden will visit the EU next month seeking to further increase cooperation on anything from battling the COVID-19 pandemic and confronting a surging China as a disruptive rival.

“I stressed the importance of sticking together regarding what happens in China,” Dutch Foreign Trade Minister Sigrid Kaag said.

Germany’s optimism was boosted further when the Biden administration on Wednesday spared the German company overseeing a natural gas pipeline from Russia into the EU, underscoring how Biden wants to mend relations with a key ally that were unsettled during the Trump administration.

Even if Germany is the juggernaut of the EU’s economies, France is its strategic partner in dealing with Washington, and French Foreign Trade Minister Franck Riester equally lauded “the very positive signals coming from the United States.”

And the European Union has done its part too. Just on Monday, it hit the pause button and temporarily suspended some upcoming measures at the heart of a steel tariff dispute. With it, the bloc wouldn’t increase some tariffs targeting U.S products, including Harley-Davidson motocycles and bourbon.

And they agree to address together the global steel and aluminum excess capacity, where they see China as a common adversary.

It already followed the four-month suspension of tariffs used in the longstanding Airbus-Boeing dispute. Both sides now face a July 10 deadline to find a new breakthrough.

“Work is advancing. So I would say that this timeline is realistic,” Dombrovskis said. “Of course, it requires effort on both sides, but it’s possible.” 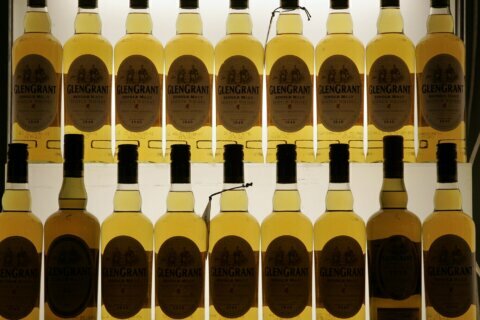