KYIV, Ukraine (AP) — Belarus’ authoritarian leader on Friday bristled at a criminal complaint filed against him in Germany over his violent crackdown on protests that broke out after his disputed re-election in August.

President Alexander Lukashenko charged that “heirs of fascism” were in no position to judge him. His remarks came two days before Belarus and other ex-Soviet nations celebrate Victory Day, marking the 1945 defeat of Nazi Germany in World War II.

“Who are you to judge me?” Lukashenko said. “They are the heirs of the generation that unleashed that war.”

Four German lawyers told the media this week they have filed a complaint against Lukashenko and state security forces with Germany’s Federal Public Prosecutor’s Office in Karlsruhe on behalf of 10 Belarusians who said they were victims of torture. They cited universal jurisdiction laws that allow Germany to prosecute crimes against humanity committed anywhere in the world.

Lukashenko won his sixth term in office in an election in August that opposition figures and some poll workers said was rigged, then unleashed a harsh crackdown on subsequent mass protests that demanded he step down. More than 34,000 people were arrested in Belarus and many of them were brutally beaten. Those released from jails showed off giant bruises and recounted episodes of torture.

The violent suppression of the anti-government rallies elicited international outrage, with the United States and the European Union imposing sanctions on Belarus.

Sviatlana Tsikhanouskaya, Lukashenko’s main contender in the August election who was forced to leave Belarus under pressure from the authorities when the protests broke out, welcomed the complaint in a statement on Wednesday.

“One wouldn’t be able to hide the crimes of the regime in the past — they will face justice in the present and the future,” said Tsikhanouskaya, who is currently living in exile in Lithuania.

She added that similar complaints against Belarusian authorities are to be filed in Poland, Lithuania and the Czech Republic. 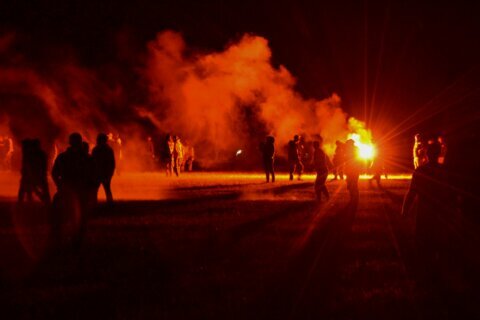