WTO Director-General Ngozi Okonjo-Iweala said she supports the creation of a framework that would give developing countries “some automaticity and access to manufacture vaccines with technology transfer” during future pandemics, decrying the “vaccine inequity” of the current one.

“The idea that 70% of vaccines today have been administered only by 10 countries is really not acceptable,” Okonjo-Iweala told reporters while hosting French Economy Minister Bruno Le Maire at WTO’s Geneva headquarters.

Scores of the trade body’s member nations have backed efforts led by South Africa and India to get the WTO to grant a temporary waiver of its intellectual property pact to help boost COVID-19 vaccine production at a time of insufficient supplies.

Some wealthier countries and those with strong pharmaceutical industries oppose the idea, saying it would crimp future innovation.

France’s Le Maire addressed thorny efforts to reform the WTO amid tensions over trade, including the U.S.-China trade war during the Trump administration and a long-running dispute between the United States and the European Union over subsidies for aircraft manufacturers Airbus and Boeing

The United States over successive administrations has held up appointments to the WTO’s appeals court, which helps adjudicate trade disputes across the world. The U.S. attributed the action in part to concerns about unfair practices by China, including alleged intellectual property theft and aid to state-run or state-influenced enterprises. China has rejected such allegations. 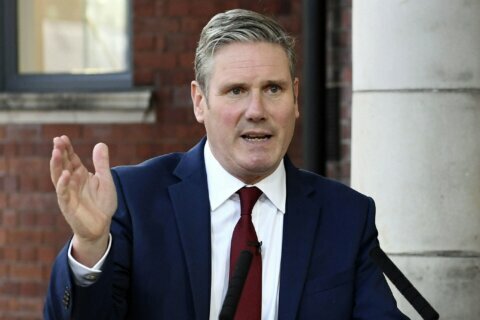 Biden to join meeting of NATO’s eastern members by video