LONDON (AP) — Britain’s high court ruled Wednesday that the son of a Russian billionaire conspired with his father to prevent his mother from getting her hands on what is believed to the country’s biggest ever divorce award, worth around 450 million pounds ($625 million).

Tatiana Akhmedova, 48, accused her ex-husband, 65-year-old Farkhad Akhmedov, of hiding assets and that their 27-year-old son, Temur Akhmedov, worked with him in hiding those assets.

In the family division of Britain’s High Court, Justice Gwynneth Knowles said Temur Akhmedov had been his father’s “lieutenant” and “schemes” had been carried out with his “knowledge and active assistance.” The judge said very large sums had been transferred to her son and concluded he must pay her around 75 million pounds.

“Temur has learned well from his father’s past conduct and has done and said all he could to prevent his mother receiving a penny of the matrimonial assets,” the judge said in her written ruling. “He lied to this court on numerous occasions; breached court orders; and failed to provide full disclosure of his assets.”

“All happy families are alike, each unhappy family is unhappy in its own way,” she said in her written ruling. “With apologies to Tolstoy, the Akhmedov family is one of the unhappiest ever to have appeared in my courtroom.”

Akhmedova, who was awarded a 41.5% share of her ex-husband’s fortune by another British judge in 2016, welcomed the ruling.

“Today’s judgment is the inevitable conclusion given Farkhad’s failure to behave honorably in the first instance,” she said in a statement.

The court heard that Akhmedova has so far received about 5 million pounds and that her ex-husband hasn’t “voluntarily” paid anything. She said her ex-husband had tried to put assets beyond her reach and that she has taken legal action in Britain and abroad in a bid to get hold of what she is owed.

Farkhad Akhmedov was dismissive of the ruling.

“Entirely predictably, given its original wrong and misguided judgment, the London court has ruled in favor of visiting ‘the sins’ of the father on an innocent and loyal son,” he said.

And a spokesman for the son said Temur Akhmedov had been “caught up in the break-up of his parents’ marriage” and had “never sought to take sides or get involved but inevitably found himself sucked into the vortex of a bitter family dispute.”

“While he fundamentally disagrees with this judgment, he would consider it a price worth paying for should it lead to a reasonable settlement between the parents he both loves,” the spokesman said.

Farkhad Akhmedov said that because he and his ex-wife are not British and were not married in Britain, a British judge shouldn’t have made a decision.

EU lawmakers to return to Strasbourg after more than a year 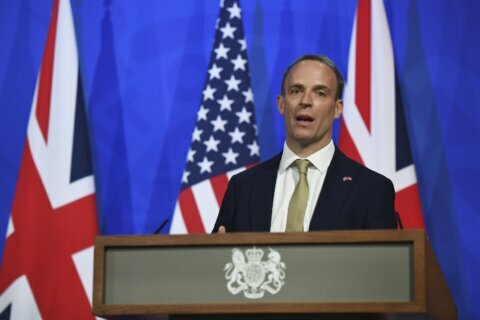 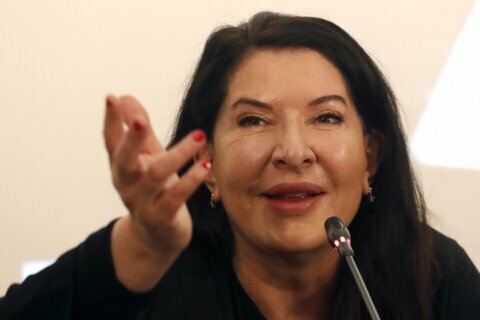