MOSCOW (AP) — Several doctors were prevented Tuesday from seeing Russian opposition leader Alexei Navalny in a prison hospital amid his three-week hunger strike, and authorities stepped up actions against his supporters on the eve of protests called by his team.

Navalny was transferred Sunday from a penal colony east of Moscow to a hospital unit at a prison in Vladimir, a city 180 kilometers (110 miles) east of the capital after his lawyers and associates said his condition has dramatically worsened.

In a post on his Instagram account, Navalny said he underwent a grueling physical search that lasted for several hours before and after his transfer and wryly described his condition.

“You would laugh if you see me now — a skeleton staggers around his cell,” the post read. “They can use me to scare children who refuse to eat: ‘If you don’t eat porridge, you will be like that man with big ears, shaven head and hollow eyes.’”

Navalny added a serious note that he was glad to hear from his lawyer about broad sympathy and support for him in Russia and abroad.

His personal physician, Dr. Anastasia Vasilyeva, led three other medical experts to try to visit Navalny at the prison clinic and the IK-3 prison in the city of Vladimir. They were denied entry after waiting for hours outside the gates.

“It’s a show of disrespect and mockery of the doctors,” Vasilyeva tweeted, adding that Navalny’s “life and health are clearly in danger.”

His lawyers visited him Tuesday at the hospital unit, which usually treats tuberculosis patients.

One of them, Olga Mikhailovna, said Navalny had been given an IV drip of glucose on Sunday but none since then because paramedics apparently weren’t skilled enough to find a vein.

Navalny looked “extremely exhausted,” she said. “He’s very thin, he must have lost about 20 kilograms (44 pounds). He is very weak and appears to have difficulty speaking and sitting.”

Navalny, who is Russian President Vladimir Putin’s most adamant opponent, has been on a hunger strike since March 31 to protest the refusal by prison officials to let his doctors visit him and provide adequate treatment for back pains and numbness in his legs.

Russia’s penitentiary service insists that Navalny was getting all the medical help he needs.

Navalny was arrested in January upon his return from Germany, where he had spent five months convalescing from the Novichok nerve agent poisoning he blames on the Kremlin — an accusation Russian officials have rejected. His arrest triggered the biggest protests seen across Russia in recent years. In February, a Moscow court ordered him to serve 2 1/2 years in prison on a 2014 embezzlement conviction that the European Court of Human Rights deemed to be “arbitrary and manifestly unreasonable.”

The prison service said in a statement Monday that Navalny’s condition was deemed “satisfactory,” but another of his physicians, Dr. Yaroslav Ashikhmin, said over the weekend that test results provided by his family show Navalny has sharply elevated levels of potassium, which can bring on cardiac arrest, as well as heightened creatinine levels that indicate impaired kidney function.

Despite his worsening condition, Navalny still showed his sardonic humor.

“I laughed when I saw medical luminaries’ comments that with such a level of potassium that I had in my tests, I should have been either in emergency care or in a coffin,” he went on. “No, they wouldn’t get me that easily. I wouldn’t be scared with potassium after Novichok.”

In response to Navalny’s deteriorating health, his associates have called for a nationwide rally Wednesday, the same day that Putin is scheduled to deliver his annual state of the nation address.

Russian authorities, meanwhile, escalated their crackdown on Navalny’s allies and supporters, with the Moscow prosecutor’s office asking a court to brand Navalny’s Foundation for Fighting Corruption and his network of regional offices as extremist organizations.

Human rights activists say such a move would paralyze their activities and expose their members and donors to prison sentences of up to 10 years.

The Moscow prosecutor’s office on Tuesday detailed the accusations against Navalny’s organizations, saying it has collected proof of their alleged efforts to “destabilize social and political situation in the country by calls for violence, extremist activities and mass riots” on behalf of unspecified “foreign centers” seeking to overthrow the Russian government.

Navalny’s associates rejected and derided the charges. They also criticized the decision by the Moscow City Court to close the hearings on the grounds that the case contained sensitive information. The court is due to open the hearings on Monday. 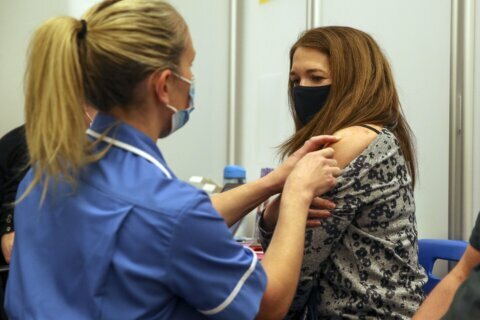 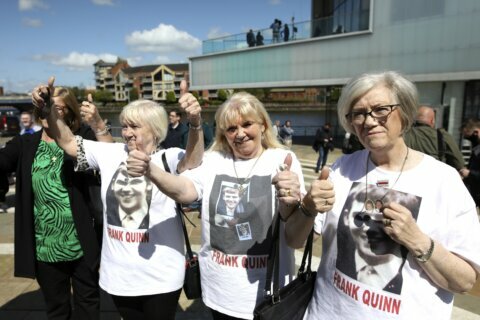 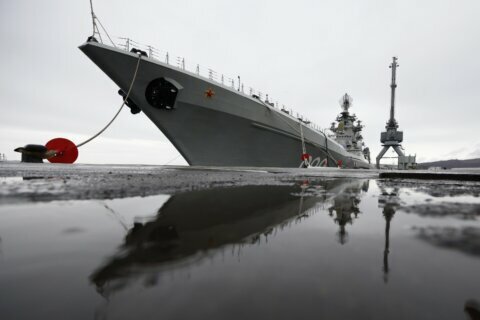