Events in the long life of Britain’s Prince Philip

LONDON (AP) — 1921: Prince Philip is born on the Greek island of Corfu, the only son of Prince Andrew, younger brother of the king of Greece. His mother is Princess Alice of Battenberg.

1922: The family relocates to France after Philip’s father is forced into exile. His uncle, the king, is forced to abdicate during general unrest.

1928: Philip moves to England to live with his Mountbatten relatives — his grandfather had changed the family name from Battenberg to Mountbatten amid anti-German sentiment during World War I.

1939: Philip joins the Royal Navy as a cadet as World War II looms. He later serves in the Indian Ocean, the Mediterranean and the Pacific and is promoted several times. He rises to commander in 1952, but his naval career ends shortly after because of his royal duties.

1947: Philip’s engagement to Princess Elizabeth is announced in July. They marry in November at Westminster Abbey. He is made the Duke of Edinburgh on his wedding day.

1952: Elizabeth’s father, King George VI, dies while she and Philip are in Africa and she becomes queen.

1956: Philip founds the Duke of Edinburgh’s Award program, which expands to more than 100 countries. It challenges young people to a series of outdoor activities designed to improve team building and fitness skills.

1982: Philip’s grandson Prince William is born to Charles and his wife Princess Diana. William becomes second in line to the throne after his father.

2011: At 90, Philip says he is “winding down” his workload. He receives successful emergency treatment for a blocked coronary artery.

2017: Philip announces that he will no longer carry out public engagements due to his advanced age.

2019: The 97-year-old Philip is in a serious car crash near the queen’s Sandringham estate. He is not hurt, but the driver of the other car suffers a broken wrist. Philip gives up his driver’s license.

2021, Feb. 16: Philip is admitted to a London hospital where he is treated for an infection, and later transferred to another where he undergoes a heart procedure. He spends a month in hospital before being discharged March 16. 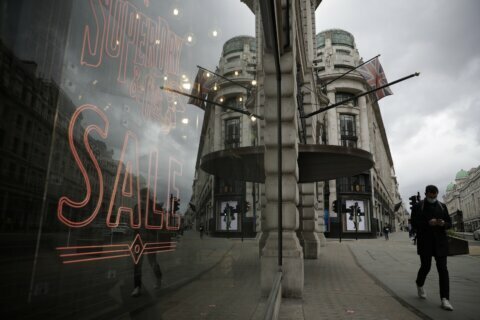