Despite 3-week lockdown, many remain on the move in Turkey

ANKARA, Turkey (AP) — Turkish security forces on Friday patrolled main streets and set up checkpoints at entry and exits points of cities, to enforce Turkey’s strictest COVID-19 lockdown to date. Still, many people were on the move as the government, desperate not to shut down the economy completely, kept some sectors exempt from the restrictions.

Under the restrictions — which span the holy Muslim month of Ramadan, as well as the three-day Eid holiday — residents are banned from leaving their homes except to shop for groceries or to meet other essential needs. Intercity travel requires special permits.

However, millions of people were exempted from the stay-at-home order. In addition to health sector workers and law enforcement officers, they include factory and agriculture workers as well as supply chain and logistics company employees. Tourists were also exempted, while restaurants are allowed to deliver food.

The Confederation of Progressive Trade Unions of Turkey estimated that some 16 million workers in the country of 84 million would continue to be on the move during the lockdown.

The streets of Ankara and Istanbul were quieter than usual. Nevertheless, workers exempted from the bans filled subways cars and buses in Istanbul, broadcaster Halk TV reported.

Police patrolled the streets and set up checkpoints at main intersections to ensure that residents who were out and about had documents proving they are exempted from the stay-home order. Gendarmerie police were, meanwhile, stopping vehicles to ensure passengers had the necessary permits for intercity travel, causing long lines of vehicles.

Istanbul Gov. Ali Yerlikaya said more than 19,000 law enforcement officers would be on duty during the lockdown, and that more than 300 checkpoints would be set up.

The lockdown is the first nationwide one lasting nearly three weeks. Erdogan’s government had previously imposed partial, shorter-term lockdowns or weekend curfews in a bid to reduce the closures’ impact on the economy.

It was imposed after the country saw confirmed COVID-19 infections averaging around 60,000 per day during the peak week earlier this month. Erdogan said his government aims to reduce infections to around 5,000 per day.

On Friday, Turkey reported 31,891 new confirmed cases in 24 hours and the country’s highest daily death toll to date: 394. Friday’s deaths brought Turkey’s total death toll since the start of the outbreak to 40,131.

Health Minister Fahrettin Koca said this week that Turkey faced a vaccine shortage in the next two months and that the government was extending the interval between the two doses of the Pfizer-BioNTech vaccine from 28 days to between six and eight weeks.

Erdogan, however, contradicted Koca saying the country had no problem with its vaccine supplies. Turkey was set to receive large amounts of Sputnik V vaccines from Russia as well as more consignments of the Pfizer-BioNTech vaccine, he said. He predicted that Turkey’s own vaccines would be produced around September or October.

Turkish authorities on Friday gave the go-ahead for the Sputnik V vaccine’s emergency use in Turkey, allowing it to be administered along with the vaccines developed by Pfizer-BioNTech and China’s Sinovac.

Turkey has administered nearly 23 million doses since mid-January when it rolled out its vaccination campaign. Some 9 million people have been fully vaccinated with two doses. 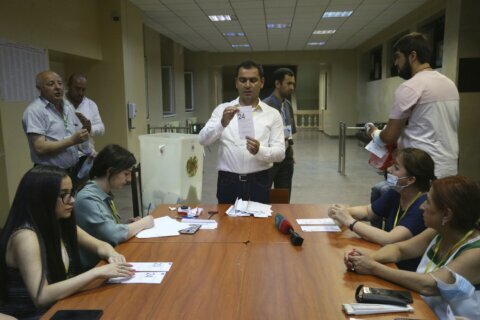 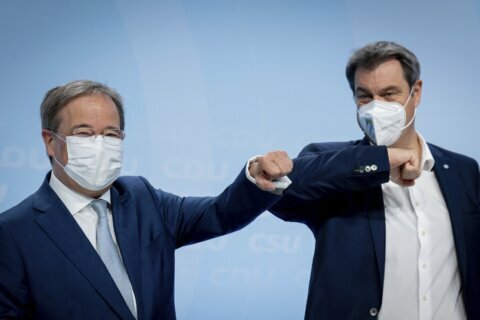 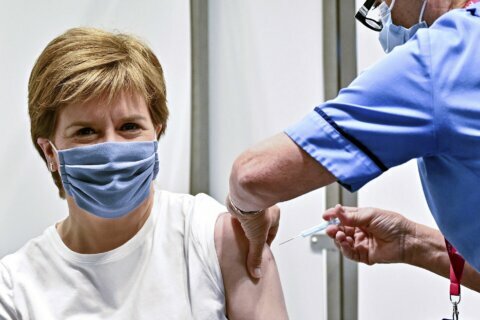