Volkswagen said it would build on its existing battery production facilities at Salzgitter in Germany and with partner Northvolt in Skelleftea, Sweden, adding new production technology and a standardized cell that it said would cut battery costs by as much as 50%.

The world’s second-largest carmaker by sales volume behind Toyota also outlined plans to work with partners to operate 18,000 fast-charging points in Europe by 2025, which it said would represent a five-fold expansion of what’s currently available. Having more places to charge on longer trips is seen as another way to get more people to buy electric cars.

Battery costs are one reason electric cars are often more expensive than internal combustion equivalents. Europe’s accelerating rollout of electric cars has been supported by expensive government and carmaker subsidies to bring the price down for consumers.

The Wolfsburg, Germany-based automaker on Monday outlined plans for a broad ramping up of its battery production during an online event dubbed “Power Day,” an apparent echo of competitor Tesla’s annual “Battery Day” events where the company announces new steps in battery technology. Tesla is building a large battery factory near Berlin.

On top of the factory network, Volkswagen said it would introduce new battery technology and chemistry that aims to make production more efficient and lead to better performance, steps it said would help bring electric cars within the reach of more buyers.

“We aim to reduce the cost and complexity of the battery and at the same time increase its range and performance”, says Thomas Schmall, Volkswagen’s technology chief. “This will finally make e-mobility affordable and the dominant drive technology.”

Last year Volkswagen tripled its production of electric cars to 422,000 to meet tougher European Union limits on average emissions of carbon dioxide, the primary greenhouse gas blamed by scientists for climate change. The company says it plans to produce 1.5 million a year by 2025.

German woman convicted of IS membership over stay in Syria 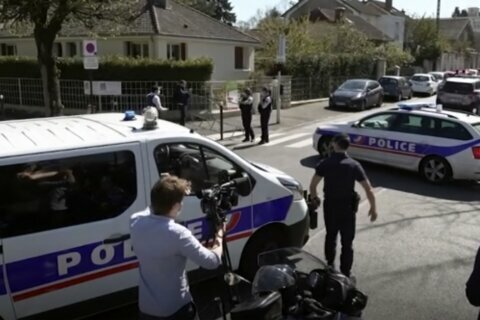