LONDON (AP) — Agnes Callamard, who led a United Nations’ investigation into the killing of Saudi journalist Jamal Khashoggi, has been appointed the new leader of Amnesty International.

Callamard, a French human rights expert, has previously led free-speech organization Article 19 and directs the Global Freedom of Expression Project at Columbia University. As the U.N.’s special rapporteur on extrajudicial, summary or arbitrary executions, she investigated the killing of Khashoggi, who entered the Saudi Consulate in Istanbul on Oct. 2, 2018 to pick up some documents, and never walked out.

Callamard has said that after her report on the killing was published in 2019 — concluding it was likely state-sanctioned — she was threatened with death by a senior Saudi official.

She also investigated the U.S. drone strike that killed Iranian general Qasem Soleimani and concluded it was unlawful.

Callamard said she was “honored to take up the post of secretary general and work alongside Amnesty’s supporters around the world so that together we defend and demand respect for all human rights for all.”

Founded in London in 1961, Amnesty has offices in more than 70 countries and calls itself the world’s largest nongovernmental human rights organization.

The Latest: UK troops march to castle for Philip’s funeral

Pressure mounts for Merkel’s bloc to end its power struggle 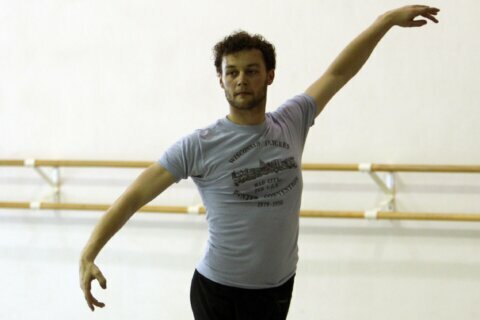