LONDON (AP) — A British newspaper doesn’t have to run a front-page statement about the Duchess of Sussex’s legal victory until it has had the chance to challenge the order, a judge ruled Monday.

The former Meghan Markle, 39, sued publisher Associated Newspapers for invasion of privacy and copyright infringement over five February 2019 articles that reproduced large portions of a letter she wrote to her father, Thomas Markle, after her marriage to Prince Harry.

Judge Mark Warby ruled in Meghan’s favor last month. He ordered the newspaper to publish a front-page statement highlighting the duchess’s legal victory, and said the statement should also run on the MailOnline website for a week.

The judge said Monday that the statement could be put on hold while Associated Newspapers asked the Court of Appeal for permission to challenge his earlier rulings.

“The defendants are entitled to ask the Court of Appeal to look at their grounds and decide if those points justify the grant of permission to appeal,” the judge said. “To refuse a stay in the meantime would negate that entitlement.”

Meghan, a former star of the American TV legal drama “Suits,” married Harry, a grandson of Queen Elizabeth II, at Windsor Castle in May 2018. Their son Archie was born the following year.

In early 2020, Meghan and Harry announced they were quitting royal duties and moving to North America, citing what they said were the unbearable intrusions and racist attitudes of the British media.

In an interview with Oprah Winfrey that was broadcast earlier this month, the couple alleged that Meghan was the victim of racism and callous treatment during her time as a working member of the royal family.

Buckingham Palace said the allegations were “concerning” and would be “taken very seriously.” 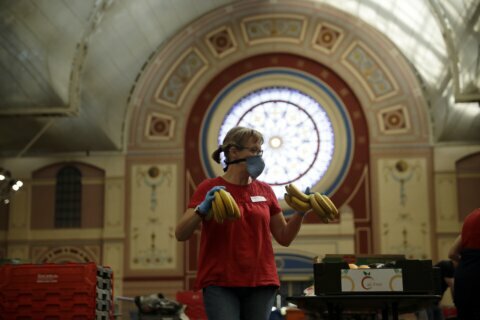