MOSCOW (AP) — Russian authorities said Wednesday they are slowing down the speed of uploading photos and videos to Twitter over its failure to remove banned content — part of growing efforts to curb social media platforms that have played a major role in amplifying dissent.

The state communications watchdog, Roskomnadzor, said it began the slowdown after it said Twitter failed to remove content encouraging suicide among children and containing information about drugs and child pornography.

Twitter responded by emphasizing its policy of zero tolerance for child sexual exploitation, promotion of suicide and drug sales.

The Russian watchdog warned that if Twitter refuses to abide by Russian law, it could be blocked entirely, but it voiced hope the platform would “take a constructive stance” and comply with removing the banned content. Vadim Subbotin, deputy chief of Roskomnadzor, said in televised remarks that Twitter is the only social platform that has “openly ignored the Russian authorities’ demand to remove the banned content.”

The watchdog said the slowdown would apply to all mobile devices and 50% of desktop users nationwide.

Roskomnadzor said in a statement that Twitter has failed to remove more than 3,000 posts with the banned content, including more than 2,500 posts encouraging suicide among minors.

Twitter said in a statement that “we have a zero-tolerance policy regarding child sexual exploitation, it is against the Twitter Rules to promote, glorify or encourage suicide and self harm, and we do not allow the use of Twitter for any unlawful behaviour or to further illegal activities, including the buying and selling of drugs.”

“We remain committed to advocating for the Open Internet around the world and are deeply concerned by increased attempts to block and throttle online public conversation,” the statement said.

Twitter is less popular in Russia than other social media services, with about 13 million users, or about a third of the number that Facebook has, according to data from web traffic research firm Similar Web.

But the attack on the platform could be “an artillery shot aimed, among other things, at scaring other major social media,” said Artyom Kozlyuk, head of the internet rights group Roskomsvoboda.

Kremlin spokesman Dmitry Peskov said Wednesday the government has “no desire to block anything,” but added that it was necessary to enforce the law.

The action against Twitter comes as the authorities have criticized social media platforms that have been used to bring tens of thousands of people into the streets across Russia this year to demand the release of jailed Russian opposition leader Alexei Navalny. The wave of demonstrations served as a major challenge to the Kremlin.

Russian authorities have assailed the platforms for failing to remove calls for children to join unsanctioned opposition protests.

Last week, Russian President Vladimir Putin urged police to act more actively to monitor social platforms and to track down those who “draw the children into illegal and unsanctioned street actions.”

The move against Twitter is part of continuing efforts by the government to tighten control of the internet and the social media dating back to 2012, when a law allowing authorities to blacklist and block certain online content was adopted.

“Dozens of laws have been adopted since then that expand the categories of prohibited information, introduce new restrictions (and) expand the list of government institutions that can carry out online censorship,” Kozlyuk said.

In 2014, the authorities adopted a law requiring online services to store the personal data of Russian users on servers in Russia and have since tried to make Facebook and Twitter to comply with it. Both companies have been repeatedly fined, first small amounts of around $50 and last year the equivalent of $63,000 each, for not complying.

The government has stopped short of outright bans even though the law allows it, probably fearing the move would elicit too much public outrage. Only the social network LinkedIn, which wasn’t very popular in Russia, has been banned by the authorities for the failure to store user data in Russia.

In recent months, Russian authorities have also increasingly bristled at Facebook and Twitter, blocking Russian accounts and content, as well as Twitter labeling of government and state-affiliated media accounts. Last fall, Russian Foreign Ministry spokeswoman Maria Zakharova accused the two social media giants of “open censorship,” saying that “Russian media, without trial or investigation, are being labeled as allegedly unreliable, excluded from the search, blocked, and accounts are deleted.”

Two weeks ago, Roskomnadzor demanded Twitter to explain why it removed 100 accounts reportedly linked to Russia. Twitter said the accounts “amplified narratives that were aligned with the Russian government, “focused on undermining faith in the NATO alliance and its stability,” and targeted the United States and the European Union.

Dmitry Medvedev, who was Russia’s president in 2008-2012 when Putin had to step down because of term limits and currently is deputy head of Russia’s Security Council, complained last month that Twitter labeled his account as a government one. He said the American platform only does that “to countries, relations with which are not very simple. And they did not do this to their own politicians.”

The government’s standoff with social media platforms has been a “long process in which the stakes are regularly raised,” said Damir Gainutdinov, head of the Net Freedoms Project focusing on freedom of online speech in Russia. “The authorities show willingness to take more and more stringent measures: ‘Initially we talked to you, then we fined you, and now we will slow you down’.”

As the Russian authorities slowed down Twitter, some government websites suffered outages and access problems. It’s not clear if the events were connected, and some experts suggested they could have been the result of unrelated cyberattacks. The Ministry of Digital Development acknowledged outages on some government websites but said they were linked to equipment problems at communications provider Rostelecom.

Some experts said, however, that a possible reason for the outages could be that internet oversight staff in Russia erroneously blocked access to a wide range of web addresses while moving to enforce Roskomnadzor’s order to slow down Twitter.

In 2018, Roskomnadzor moved to block the popular messaging app Telegram over its refusal to hand over encryption keys used to scramble messages, but failed to fully block access to the app, disrupting hundreds of websites in Russia instead.

Last year, the watchdog officially withdrew the demands to restrict the app, which has been widely used by government institutions despite the ban. Experts said that while there wasn’t enough data available to definitively tie Wednesday’s outages of websites to the Twitter clampdown, it wouldn’t be surprising if the two were connected.

“I personally don’t have any doubts, especially after the situation with Telegram, that in order to achieve their political goals, the Russian authorities won’t hesitate to bring down half of the Russian internet,” Gainutdinov said. 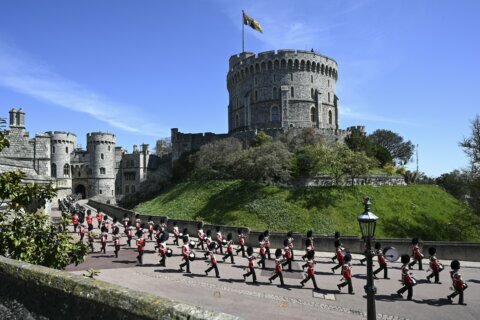