ATHENS, Greece (AP) — Fighter jets flew by the ancient Acropolis and tanks rumbled past parliament in central Athens on Thursday as Greece’s celebrations for the bicentenary of its war of independence culminated in a military parade attended by dignitaries from Britain, France and Russia but no members of the public.

With Greece struggling to contain a renewed surge of coronavirus infections that are straining the health system, the crowds that normally line the route were banned from this year’s Independence Day parade, with the public able to watch only through live television coverage or online streaming.

Greece invited dignitaries from Russia, France and Britain, the great powers that had provided vital assistance to the nation’s bid for independence from the Ottoman Empire, to attend the celebrations marking 200 years since the start of the Greek rebellion.

Britain’s Prince Charles and his wife Camilla, the Duchess of Cornwall, Russian Prime Minister Mikhail Mishustin, and French Defense Minister Florence Parly were in Athens for the events, along with Cypriot President Nicos Anastasiades. French President Emanuel Macron had been due to attend, but pulled out a few days earlier as coronavirus infections spiked in France and he tightened restrictions domestically.

Charles, Mishustin, Parly and Anastasiades laid wreaths at the Tomb of the Unknown Soldier outside parliament before the start of the military parade, which included a mounted cavalry section and marching troops from the army, navy and air force, as well as the police, fire department and coast guard.

Unable to watch the parade in person, many Athenians came out onto balconies in the center of the city to watch the flyby, snapping pictures with cameras and mobile phones.

The Greek independence revolt started in the Mani region of the southern Peloponnese peninsula in 1821 and continued for years without official foreign support, with the Greeks gradually becoming riven by dissent and infighting. In 1827, with the revolution almost squashed, the war fleets of Britain, Russia and France intervened to destroy a Turkish-Egyptian fleet in the Bay of Navarino, in the western Peloponnese.

This crucial blow enabled the Greeks to fight on and eventually gain independence in 1830.

Speaking during an official dinner Wednesday night, Prince Charles noted his ties to Greece, the land of his grandfather and of his father’s birth.

“In feeling a profound connection to Greece — her landscapes, her history and her culture — I am hardly alone: there is something of her essence in us all,” he said. “As the wellspring of Western civilization, Greece’s spirit runs through our societies and our democracies. Without her, our laws, our art, our way of life, would never have flourished as they have.”

Prime Minister Kyriakos Mitsotakis kicked off Thursday’s celebrations by attending the raising of the Greek flag on the Acropolis.

“Two centuries ago, a handful of determined fighters within and outside Greece, raised the banner of independence. They set in motion a process the end of which not even they themselves could have dreamed of. With the help of their allies, they fought heroically and won their freedom,” Mitsotakis said in a speech.

Throughout Greece’s history as an independent nation “we have lived through moments of triumph and of pain. Wise decisions, but also great mistakes,” he said. “But in all of humanity’s great tribulations our land was always on the right side of history.”

Mitsotakis noted that this year’s Independence Day was “unique, but also different, as it finds us in the final battle with the pandemic. With great difficulties, but with victory now visible. Besides, our national vaccination campaign is named Freedom.”

Despite being under lockdown-type measures since early November, Greece has seen spiraling coronavirus infections, with record numbers of patients intubated in intensive care units and dozens of daily deaths. Hospitals are strained to their limits, with many ICUs at capacity. As of Wednesday evening, the overall pandemic death toll had reached 7,649 and there were about 245,000 total confirmed infections in the country of around 11 million. 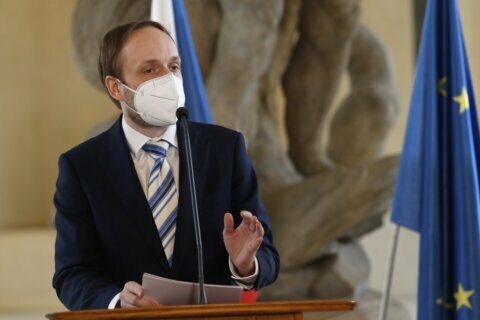 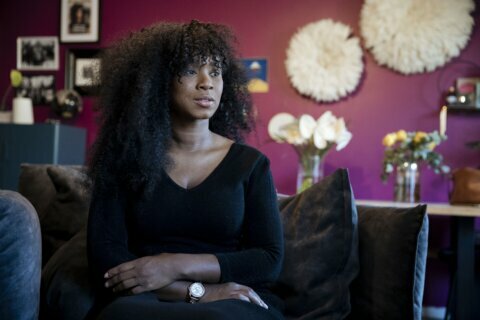