LONDON (AP) — Scotland’s former first minister, Alex Salmond, announced Friday that he is making a return to frontline politics at the head of a new pro-independence party in upcoming elections.

Salmond, who was acquitted last year in a sexual assault trial, denied that the launch of his party named Alba — the Scottish Gaelic word for Scotland — would weaken the cause of independence from the United Kingdom in the May 6 Scottish Parliament election.

The governing Scottish National Party, which Salmond led for two decades until 2014, hopes to use the vote as a springboard to another referendum on Scottish independence, and is leading in opinion polls. The new party is the latest twist in a bitter feud between Salmond and with his successor as SNP leader, First Minister Nicola Sturgeon.

“Today Alba are hoisting a flag in the wind, planting our Saltire (Scotland’s flag) on a hill. In the next few weeks we will see how many will rally to our standard,” Salmond said during an online party launch.

He insisted that Alba would help complement the SNP, voicing hope that a “super-majority” for independence will emerge after the elections as a result of the launch of the new party.

“Our campaign that we have launched is going to be entirely positive,” Salmond said.

He said Alba would not run against the SNP in Scotland’s 73 parliamentary constituencies but would field candidates in the regional contest used to elect the other 56 members of the Scottish Parliament.

Salmond was Scotland’s first minister between 2007 and 2014, playing a major role in transforming the separatist party into Scotland’s dominant political force. He took the country to the brink of independence in a 2014 referendum, and stepped down as first minister after losing the vote. Sturgeon — his long-time friend and deputy — replaced him.

However, the two have since fallen out, with Sturgeon saying recently that “I’ve learned things about Alex Salmond over the past few years that have made me rethink.” She has strongly criticized Salmond’s behavior toward women and accused him of failing to express remorse.

The SNP has become increasingly divided between supporters of the brash Salmond and the more measured and tactical Sturgeon. Sturgeon and her allies are also critical of Salmond’s efforts to stay in the public eye, especially his talk show on the Kremlin-funded English-language television station RT.

The two politicians are locked in a feud over who knew what and when about the sexual assault allegations against Salmond.

Earlier this week, a Scottish parliamentary investigation concluded in a split decision that Sturgeon misled lawmakers about the allegations against her predecessor. The finding came a day after a separate inquiry, by a senior lawyer, cleared Sturgeon of wrongdoing in the scandal that has roiled Scottish politics.

The SNP said in a statement that “at this time of crisis, the interests of the country must come first and should not be obscured by the self-interest of someone who shows no sign whatsoever of reflecting on serious concerns about his own conduct.” 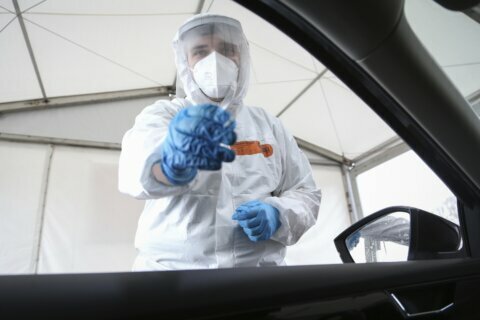