BRUSSELS (AP) — Engulfed by the biggest economic crisis in its history and fighting off a pandemic that has already…
Listen now to WTOP News WTOP.com | Alexa | Google Home | WTOP App | 103.5 FM

BRUSSELS (AP) — Engulfed by the biggest economic crisis in its history and fighting off a pandemic that has already claimed half a million of its citizens, the European Union set off on a cumbersome institutional exercise Wednesday on how to bring its complex decision-making closer to its 450 million citizens.

It started with the usual pomp, ceremony and official paperwork signing on what is called the Joint Declaration on the Conference on the Future of Europe, touted as an attempt to change the workings and perception of the EU – long seen as elitist and aloof.

“We need to open this up and we want to put citizens and civil society, but also national parliaments at the heart of the process,” said EU Parliament President David Sassoli. “We want regions, local players, social partners, the academic world, young people to be involved too.” Their input could impact anything from green and digital policies to health issues.

Such an encompassing endeavor however could soon bog the conference down because of a lack of focus compounded by opaque procedures, something for which the EU has all too long been criticized for.

Wednesday was only the ceremonial beginning ahead of the real start of the conference set for May, already a year behind schedule. Results should be presented in a year.

Current EU decision-making involves member states, the executive Commission and parliament as well as a myriad conditions before any idea can be turned into reality. There long have been calls to streamline this.

When the EU tried to force through a new treaty almost two decades ago, it was left stranded amid failed referendums held in founding members like France and the Netherlands that set the bloc’s ambitions back years.

Expectations on such drastic changes to emerge from the conference are very low. “The discussions will focus on those topics within the EU’s current competences – which could be a limiting factor. Treaty change or any big ideas requiring treaty change are off the table,” said Paul Butcher, an analyst for the European Policy Center.

In typical EU style, Wednesday’s inauguration was preceded by months of wrangling between nations, EU institutions and political groups over who should lead the whole process. In the end, instead of one clear chief, an unwieldy structure was set up that could undermine any streamlined progress.

On the one hand are those claiming the bloc really has better things to do at this point. Others say that crises are the ideal moments to take big leaps ahead.

“Some may ask, why now in the middle of a pandemic, a crisis? My answer is. It is exactly in a time of crisis when we see where Europe works for people,” said Ursula von der Leyen at the official ceremony in the parliament’s plenary.

The pandemic has shown the EU to lack the effective tools to react quickly to a continent-wide emergency and doesn’t have the powers to force through decisions needed to meet urgent challenges head-on.

While other nations like the United Kingdom, Israel and the United States forge ahead with successful vaccination drives, the EU has struggled from the get-go. “We have also seen difficulties when Europe’s competences are weak,” said von der Leyen. 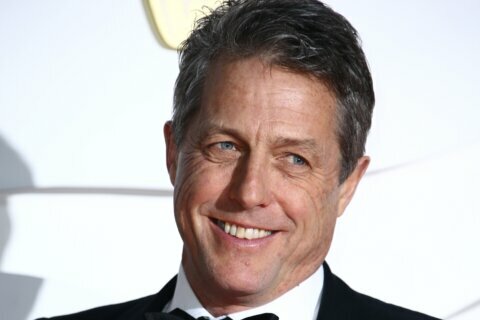