“The size of our mission will increase from 500 personnel to around 4,000. And training activities will now include more Iraqi security institutions, and areas beyond Baghdad,” Stoltenberg told reporters after chairing a meeting of NATO defense ministers.

NATO’s training mission was launched in 2018 to help the conflict-ravaged country develop new academies and military schools for its armed forces. It was initially confined to the capital, Baghdad, and in neighboring Jordan.

Stoltenberg said he had spoken with Iraqi leaders and that “everything will be done in full consultation with the Iraqi authorities.” He also underlined that increases in troop numbers would be gradual.

“We will increase the geographical presence of the NATO training mission, beyond the greater Baghdad area, but again, step by step,” Stoltenberg said. The mission was led by Canada for two years, but Denmark is now taking control.

Unlike the U.S.-led coalition in Iraq, NATO’s training effort does not involve combat operations.

A coalition contractor was killed and an unspecified number of other civilians were wounded late Monday when a barrage of rockets struck outside an airport near where U.S. forces are based in northern Iraq.

Iraq is still struggling to emerge from the chaos that followed the 2003 U.S.-led invasion that toppled dictator Saddam Hussein. After the invasion, the temporary U.S.-led administration disbanded the Iraqi army, leaving tens of thousands of trained personnel jobless and bitter.

Many took up arms, and while the insurgency waned the Islamic State group flourished. IS has since been dislodged from much of the Iraqi territory that it once held, but the group still poses a threat and the Iraqi armed forces remain relatively weak. 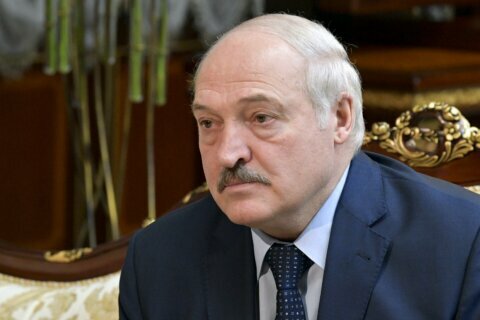 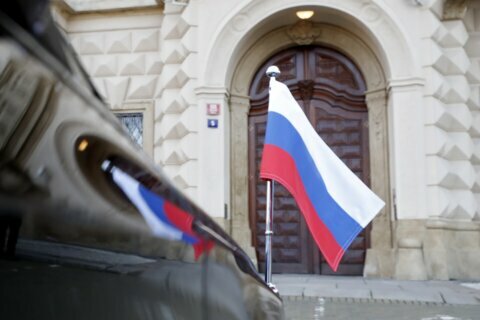