NICOSIA, Cyprus (AP) — Greece’s prime minister said on Monday that it’s unlikely “substantial” talks to reunify ethnically split Cyprus could resume if Turkey and Turkish Cypriots insist on pursuing a two-state accord that defies a United Nations and European Union-endorsed framework for federation.

Prime Minister Kyriakos Mitsotakis said that in their public statements, the leaders of Turkey and the breakaway Turkish Cypriots are “outside the framework” of an envisioned federation made up of Greek and Turkish speaking zones that the two sides agreed would form the basis of a peace deal more than 40 years ago.

Mitsotakis said both the U.N. and the EU reject any notion of a two-state deal for Cyprus that was ethnically divided in 1974 when Turkey invaded following a coup aiming at union with Greece.

Mitsotakis said after talks with Cypriot President Nicos Anastasiades that both Turkey and the Turkish Cypriots “must be aware that a resumption of a substantial dialogue is possible only within the existing and binding margins.”

Last week, British Foreign Minister Dominic Raab urged for flexibility and compromise to make the most of a new U.N. bid to restart Cyprus peace talks. Raab pledged support in helping to “break the logjam” that has blocked a peace deal for nearly a half-century, fueled tensions over offshore energy reserves and encumbered Turkey’s relationship with the European Union.

U.N. Secretary-General Antonio Guterres is expected to call a meeting next month that will bring together rival Greek and Turkish Cypriots as well as Cyprus’ “guarantors” — Greece, Turkey and Britain — to gauge the chances of resuming talks.

Only Turkey recognizes a Turkish Cypriot declaration of independence in the island’s northern third where it keeps more than 35,000 troops. Although Cyprus is an EU member, only the Greek Cypriot southern part where the internationally recognized government is seated enjoys full membership benefits.

Key impediments to an accord include a Greek Cypriot rejection of a call by the minority Turkish Cypriots to be granted veto powers as well of a Turkey’s demand for a permanent troop presence and the continuation of military intervention rights. The last push for a peace deal in July 2017 collapsed amid much acrimony. 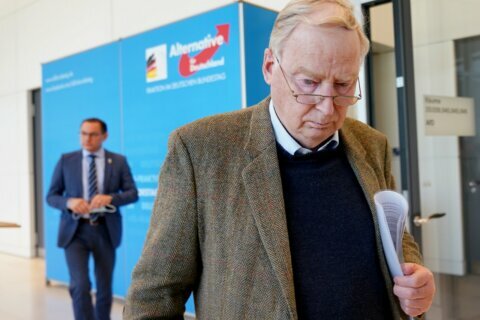 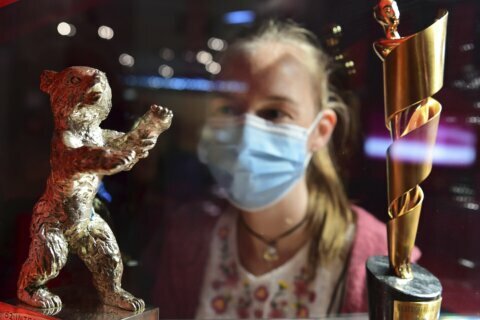