Boat with 422 migrants, some with COVID-19, heads to Sicily

ROME (AP) — A rescue ship with 422 migrants aboard, a small number of whom tested positive for COVID-19, was headed to a port in Sicily on Sunday.

SOS Mediterranee, the humanitarian group which operates the rescue ship Ocean Viking, told The Associated Press that Italy had granted the vessel permission to enter the port of Augusta, where it was expected to arrive Sunday evening, just as as rain and strong winds were forecast.

The migrants were rescued in separate operations in the central Mediterranean Sea on Thursday and Friday, including 121 who were crowded into a rubber dinghy. Some of the passengers fell into the sea during that rescue operation but were brought to safety, SOS Mediterranee said in a statement by Luisa Albera, search and rescue coordinator aboard the Ocean Viking.

In all, four distinct rescue operations were carried out over two days. Many of those rescued are women and children.

Originally, a total of 424 were rescued, but a pregnant woman and her companion were evacuated urgently by helicopter to Malta on Saturday, the statement said.

Eight of the rescued migrants have COVID-19, according to tests administered by the crew, and were being isolated on board despite the difficulties of crowded conditions on deck.

“But although strict COVID-19 mitigation protocols apply on board the Ocean Viking, this is a vessel of 69 meters (228 feet) in length,” Albera said. “This situation is a further reason for the remaining 422 survivors, who are in confined space on the aft deck, to be promptly disembarked in a place of safety,” she said.

Among the passengers are other pregnant women, babies and unaccompanied minors among the children.

During the pandemic, Italy has taken to transferring migrants from rescue ships anchored in port to other vessels where the passengers can protectively quarantine, although children are usually taken ashore to shelter.

Most of those who arrive in Italy thanks to sea rescues in recent years aren’t eligible for asylum, because they are deemed to be economic migrants who aren’t fleeing persecution or conflict.

The number of those reaching Italian shores after voyages aboard unseaworthy boats launched by traffickers, usually based in Libya or Tunisia, have dwindled compared to the hundreds of thousands who were rescued at sea a few years earlier.

But another drama of migrant suffering has been playing out on land in Europe. Many have suffered cold and hunger during the winter after they are sent back after crossing into Italy from Slovenia, which then sends them packing to Croatia, which then pushes them back into Bosnia, after their failed attempts to cross into the European Union.

Pope Francis on Sunday made an appeal for help for unaccompanied minors on the Balkans route, lamenting that they are “exposed to many perils.”

“In these days, the dramatic situation of those who find themselves on the so-called Balkan route has been brought to my attention,” Francis said. “But there are so many (unaccompanied minors) on all the routes.” 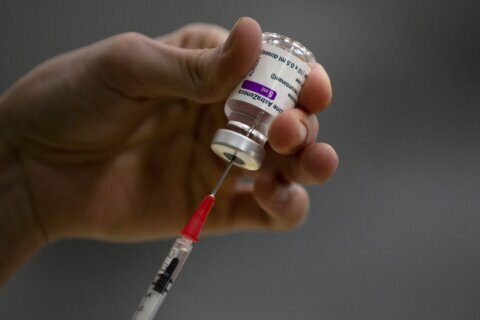 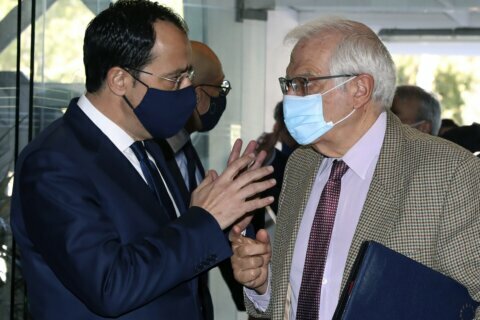