Turkey says its ready to repair frayed ties with Europe

ANKARA, Turkey (AP) — Turkish President Recep Tayyip Erdogan said Tuesday his country is ready to put its frayed relationship with the European Union “back on track” and called on the 27-nation bloc to display the same determination.

In an address to EU nations’ ambassadors in Ankara, Erdogan also expressed hope that a recent decision by Turkey and Greece to restart talks aimed at resolving their disputes will “herald a new era,” but at the same time called on Greece to avoid steps which he said were escalating tensions.

Erdogan’s address comes as Turkey, a candidate to join the EU, has been striking a more conciliatory tone toward its Western allies, following deep rifts last year that brought Turkish and Greek naval forces shadowing each other in the eastern Mediterranean over conflicting energy prospecting claims. Last year, the leaders of France and Turkey engaged in a series of terse exchange of words due to divergences over the conflicts in Syria and Libya, among other issues.

The EU has drawn up a list of sanctions against Turkey over its exploration of gas reserves in waters claimed by EU members Greece and Cyprus, but has postponed the punitive measures until March.

“We as a nation plan our future together with Europe.” Erdogan told the ambassadors. “Regardless of all the double standards and injustice we have faced in this process, we never gave up on our final goal of full membership.”

Erdogan said: “We are ready to put our relations back on track and we expect the EU to show the same determination.”

Greece and Turkey announced on Monday that they would restart talks aimed at resolving disagreements tensions on Jan. 25 in Istanbul. The talks would be the 61st round of a long-running process of negotiations between the two.

“We are inviting Greece, which has been increasing its airspace violations and unlawful activities in islands that are demilitarized, to give up their actions that are raising tensions. I believe that the exploratory talks with our neighbor Greece … will, God willing, herald of a new period,” said Erdogan.

He added: “We want to save our relationship with our Mediterranean neighbor, France, from the line of tension with a new visionary approach,”

Turkey began EU membership negotiations in 2005 but the talks have come to a standstill. The EU frequently accuses Turkey for drifting away from European democratic values but relies on the country to prevent refugees and migrants from crossing into European nations.

Erdogan told the EU ambassadors that he believes that Turkey’s membership in the EU would help overcome “uncertainties” created by Britain’s departure.

“Uncertainties that are increasing with Brexit can only be dissipated with Turkey receiving its rightful place in the European family,” Erdogan said.

Robert Badenbieck in Istanbul contributed to this report. 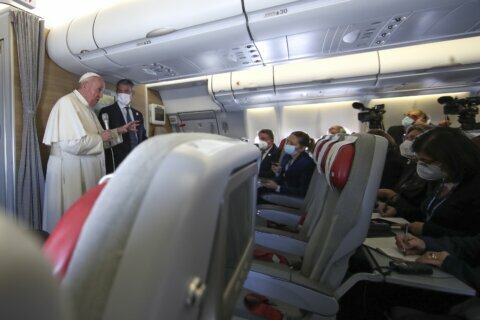 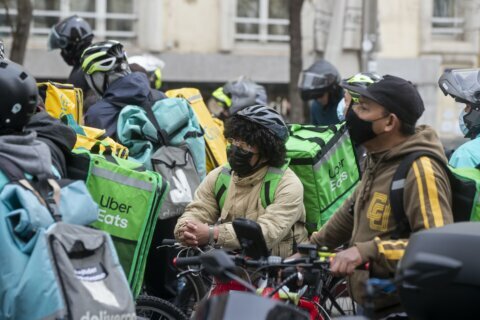