MADRID (AP) — The three wise men received a subdued reception in Spain on the eve of the Western observance of Epiphany due to a pandemic-related prohibition against large public events.

Multitudes of parents and children typically pack Madrid’s sidewalks to watch decorative floats carrying people dressed as the biblical kings who brought gifts to the baby Jesus. This year, to reduce exposure to the coronavirus, the Spanish capital held a televised ceremony welcoming the arrival of Magi´s arrival Tuesday, with no members of the public allowed.

A charity that works to reduce child poverty, the Madrina Foundation, enlisted volunteers to dress up as the wise men — with the addition of masks – and to deliver presents to several dozen children who live in a slum settlement on the outskirts of Madrid.

Elsewhere in Spain, a balloon floated the three kings into the city of Seville. On the Canary Island of Tenerife, authorities staged a symbolic vaccination of the visiting Magi.

Christmas gifts are traditionally given in Spain and in many Latin American countries on Jan. 6, when Western Christianity observes Epiphany. Children write letters to the Magi on the eve of the feast day, requesting presents.

Spain has confirmed nearly 2 million coronavirus cases and more than 51,000 deaths during the pandemic. 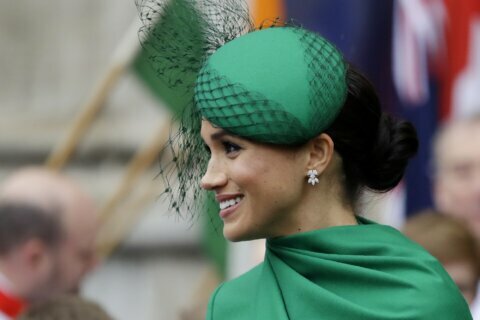