BELGRADE, Serbia (AP) — Defying U.S. calls to reduce its dependency on energy supplies from Russia, Serbia on Friday officially launched a new gas link that will bring additional Russian gas to the Balkan country via Bulgaria and Turkey.

Serbian President Aleksandar Vucic attended a ceremony Friday for the opening of the 400-kilometer (250-mile) section of the Turkish Stream pipeline, saying that Serbia has become “much richer” thanks to the new Russian energy supplies.

“Serbia has managed, with the help of our Russian friends and partners, to secure supply on its territory with gas,” Vucic said. “From our territory, gas will go towards Hungary, Bosnia-Herzegovina, we will look at what other territories and countries (will be included) in the future. It’s an important and great day for our country.”

Serbia has so far received the Russian gas via Hungary and Ukraine. But with Moscow’s attempts to circumvent the Ukraine pipelines to the rest of Europe, it has been looking for alternative supply routes.

Like the almost-completed Nord Stream 2 pipeline that is to double Russian gas supplies to Germany, the Turkish Stream was threatened by U.S. sanctions against companies involved in the project.

Serbia, a European Union candidate country, depends almost entirely on Russian energy supplies. Washington has been urging Serbia to diversify its energy supplies and use and American liquid gas shipments, but those tend to be more expensive.

Although when he was in Washington, Vucic signed a pledge to reduce Serbia’s Russian energy dependency, he has said he would not be blackmailed by anyone to buy more expensive gas for political reasons.

Although Serbia has been formally seeking EU membership, it has also been strengthening its political, economic and military ties with traditional Slavic ally Russia as well as with China.

The gas supplies are one of Moscow’s major ways to exert political pressure and influence on some less-developed countries, including Serbia.

Russian Ambassador to Serbia Aleksandr Botsan-Kharchenko said during the pipeline opening that “this is really the best present for the New Year.”

“As soon as the New Year started, we have a great event in the development of our bilateral relations,” he said. 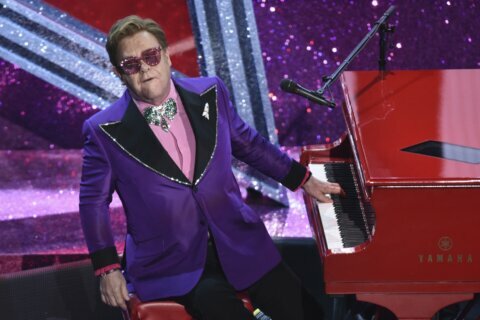