People smugglers jailed in UK for deaths of 39 in container

LONDON (AP) — Four people-smugglers convicted of killing 39 people from Vietnam who died in the back of a container…
Listen now to WTOP News WTOP.com | Alexa | Google Home | WTOP App | 103.5 FM

LONDON (AP) — Four people-smugglers convicted of killing 39 people from Vietnam who died in the back of a container truck as it was shipped to England were sentenced Friday to between 13 and 27 years in prison.

The victims, between the ages of 15 and 44, were found in October 2019 inside a refrigerated container that had traveled by ferry from Belgium to the eastern England port of Purfleet. The migrants had paid people-smugglers thousands of dollars to take them on risky journeys to what they hoped would be better lives abroad.

Instead, judge Nigel Sweeney said, “all died in what must have been an excruciatingly painful death” by suffocation in the airtight container.

The judge sentenced Romanian mechanic Gheorghe Nica, 43, described by prosecutors as the smuggling ringleader, to 27 years. Northern Irish truck driver Eamonn Harrison, 24, who drove the container to the Belgian port of Zeebrugge, received an 18-year sentence.

Trucker Maurice Robinson, 26, who picked the container up in England, was sentenced to 13 years and 4 months in prison, while haulage company boss Ronan Hughes, 41, was jailed for 20 years.

Nica and Harrison were convicted last month after a 10-week trial. Hughes and Robinson had pleaded guilty to people-smuggling and manslaughter.

Three other members of the gang received shorter sentences.

Prosecutors said all the suspects were part of a gang that charged about 13,000 pounds ($17,000) per person to transport migrants in trailers through the Channel Tunnel or by boat.

Sweeney said it was “a sophisticated, long running, and profitable” criminal conspiracy.

Jurors heard harrowing evidence about the final hours of the victims, who tried to call Vietnam’s emergency number to summon help as air in the container ran out. When they couldn’t get a mobile phone signal, some recorded goodbye messages to their families.

The trapped migrants — who included a bricklayer, a restaurant worker, a nail bar technician, a budding beautician and a university graduate — used a metal pole to try to punch through the roof of the refrigerated container, but only managed to dent it.

Detective Chief Inspector Daniel Stoten, the senior investigating officer on the case, said the victims “left behind families, memories, and homes, in the pursuit of a false promise of something better.”

“Instead they died, in an unimaginable way, because of the utter greed of these criminals,” he said. 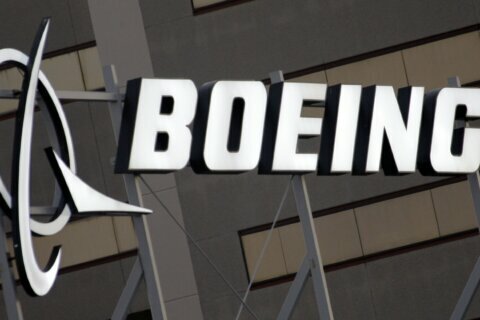