Migrant entries into EU drop to lowest levels since 2013

BRUSSELS (AP) — The number of attempts by migrants to enter the European Union without authorization dropped to its lowest level in seven years in 2020, the EU border and coast guard agency Frontex said Friday.

Frontex said it detected around 124,000 “illegal border crossings” last year, a drop of 13% over 2019. It said this was the lowest number since 2013 and was mostly due to restrictions put in place to stop the spread of the coronavirus.

The agency’s figures concern crossing attempts rather than the number of people, because the same person may try to enter several times and in different places.

The entry into Europe of well over 1 million people in 2015, most fleeing conflict in Syria and Iraq, sparked one of the EU’s biggest political crises. Despite a huge drop in numbers since then, the 27-nation bloc is still divided over which countries should take responsibility for the arrivals and whether their EU partners should be obliged to help.

Most people trying to enter last year were Syrians, followed by Tunisians, Algerians and Moroccans. Over 80% of them were men.

The number of attempted entries via the eastern Mediterranean, which mostly involves crossings from Turkey to the Greek islands, dropped by three-quarters to around 20,000. Those from northern Africa via the western Mediterranean into Spain dropped by almost a third to 17,000, Frontex said.

In contrast, the number of crossings from countries in northern Africa across the central Mediterranean, usually to Italy or Malta, almost tripled to 35,600, making it the most active migratory route in Europe, the agency said.

The number of crossings from western Africa to Spain’s Canary Islands in the Atlantic Ocean rose eightfold over the year to 22,600. It’s the highest level since Frontex began keeping records in 2009. 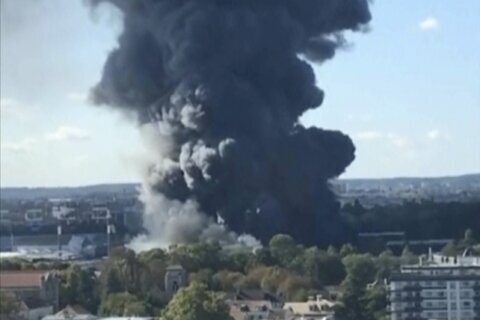