Italy: Conte clears hurdle to retain power, bigger one ahead

ROME (AP) — Italian Premier Giuseppe Conte won a crucial vote in Parliament’s lower house Monday night after a coalition defector’s lawmakers abstained in the balloting, but he must clear a much tougher hurdle less than 24 hours later in the Senate to hold on to power.

Lawmakers in the Chamber of Deputies voted 321 to 259 in approval of Conte’s government, after the premier sought their backing to overcome a political crisis — lamenting that it had left Italian citizens bewildered in the midst of the pandemic. There were 27 abstentions.

The open ballot in the Chamber was tantamount to a confidence vote on the government.

Conte’s chances of prevailing in the vote received an important boost when a lawmaker in Renzi’s party announced in Parliament after Conte’s speech that Italy Alive’s deputies would abstain in the balloting.

But a much tougher hurdle looms Tuesday in the Senate where Renzi’s party has 18 members, meaning Conte would seek support from outside his wobbly coalition to stay in power — even if Renzi’s party again abstains in that vote.

Even should Conte’s government survive in terms of numbers in Parliament, Renzi’s party pullout last week highlighted the coalition’s fragility. Conte would likely need backing from the thin ranks of centrists outside his coalition or the opposition to be able to get legislation passed, including vital economic measures to rescue an economy that was already stagnant before the pandemic pummeled it.

Renzi has faced harsh criticism for the power play during a pandemic that has killed more than 82,000 Italians. But with billions of European Union recovery funds expected to flow into the country, he has defended the move as necessary to prevent Conte from amassing too much power.

“Did we always take the best decisions? Everyone can make their evaluations,” Conte told the lower house. “For my part, I can say the government worked with the utmost care and attention for the delicate balances, including constitutional ones,” while keeping in mind the heavy implications for ordinary Italians.

“If I can speak in the name of the whole government, with head high, it is not out of the arrogance of someone who believes not to have made errors,” Conte said. “It is out of awareness of how the whole government put all of its physical and mental energy into best protecting the nation.”

He expressed perplexity at the political crisis for which he saw “no plausible basis” at a moment when “the pandemic is still in full course.”

He said the developments in Rome had provoked “deep dismay” in the country, when the priority should be fighting the virus and relaunching the economy. .

The interest rate Italy pays on its public debt has nudged up in recent days, but it is nowhere near the high levels reached during Italy’s 2011 political crisis.

During the debate, Conte used his follow-up speech to pitch to centrists, who might be wary of backing a government whose senior party is the populist 5-Star Movement.

After avowing to keep his government solidly pro-European Union, Conte promised his coalition would be aligned with the agenda of the incoming U.S. administration of Joe Biden, whose presidency, he said, is viewed with “great hope.”

“I already have had a long and warm phone conversation with him,” Conte told the Chamber. He added that the Biden agenda is “our agenda.”

During his speech to lawmakers, Conte conceded one point of contention, that he would give up the secret services portfolio. But he also made clear that it would be hard to mend fences with Renzi.

“We can’t forget what has happened, and you can’t think of regaining the climate of trust,” Conte said.

Italia Viva lawmaker Ivan Scalfarotto accused Conte of setting up too many tasks forces during the pandemic, and not taking enough action.

Conte, a lawyer by training hailed for his mediation skills, was tapped by Italy’s 5-Star Movement to run the government after the indecisive 2018 election led to a governing coalition of the 5-Stars with a right-wing group led by League party leader Matteo Salvini.

That government fell when Salvini, then interior minister, mounted a failed power grab. Conte was able to form a new government with the support of the left-wing Democratic Party, which then included Renzi. Renzi later defected from the party he once ran, giving himself the ability to shake up the government by yanking loyal ministers.

Renzi acted after Conte unveiled a plan to manage the EU recovery funds himself, which was widely seen as accumulating too much power. 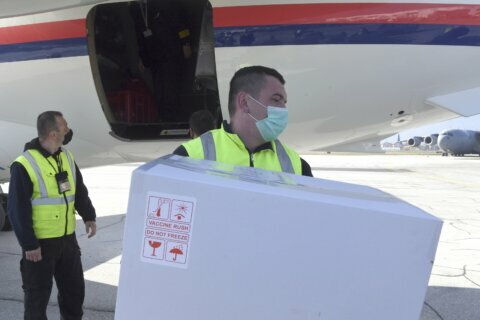 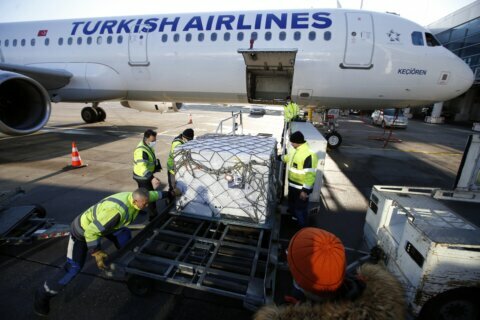