BRUSSELS (AP) — The European Union’s top migration official on Tuesday criticized Bosnian authorities for failing to properly care for hundreds of migrants living in sub-zero temperatures on its territory, warning the Balkans country of its obligations if it hopes to join the EU.

Bosnia has faced sharp criticism for leaving around 1,000 people without shelter after a fire gutted the makeshift Lipa refugee camp near the northwest border with EU-member Croatia just before Christmas. The authorities at first said they would move the migrants to another location, but finally set up military tents at the site instead after locals elsewhere protested.

“As a country with a perspective of EU accession, we expect Bosnia-Herzegovina to work on sustainable, long-term solutions, to set up facilities evenly distributed across the full territory of the country,” Johansson said. She said she would visit the area in February.

The problem is not new. Bosnia has been widely criticized in recent years for mishandling the arrival of thousands of people, many fleeing war and poverty. The politically unstable and impoverished Balkan country is still recovering from its own war in the 1990s.

Divided into two feuding entities, Bosnia lacks a unified policy on migrants. The Serb-run part of the country has refused to accept any, and the overburdened northwestern region has complained it has been abandoned despite help from international organizations.

Migrants come to Bosnia with the aim of reaching Croatia before moving on into Western Europe. Many have complained about being pushed back, which is illegal under international refugee law, and violence at the hands of Croatia’s police.

Johansson said thanks to EU help, around 900 people at the site in Bosnia now have shelter in weather-proof tents, with access to heating and food supplies.

“Thanks to our action, the situation has improved, but only from grave to serious. Stopping immediate risk to life is the beginning, not the end, of ensuring acceptable, dignified living conditions,” she said.

The Lipa camp was only ever set up as a temporary measure to cope with the impact of the coronavirus over the summer. Bosnian central authorities wanted to move some migrants to a nearby facility at Bira, but local authorities blocked the move as protests erupted.

“Winter has a long way to run and I must admit that it is frustrating to have to set up tents and temporary shelters when we have an empty, fully equipped and winterized facility just 30 kilometers (19 miles) down the road,” Johansson said.

Jovana Gec in Belgrade contributed to this report. 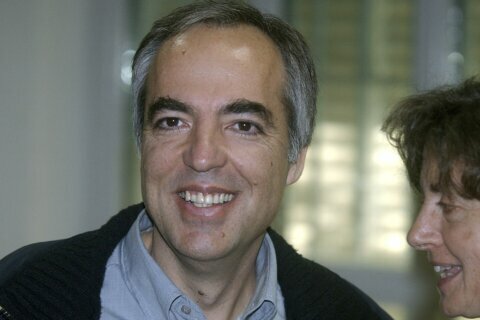