Catalonia pushes elections back to May 30 due to virus surge

MADRID (AP) — The Spanish region of Catalonia is postponing regional elections planned for Feb. 14 until May 30 because of a strong surge in COVID-19 cases in recent weeks.

The new date was agreed on by the region’s parliamentary parties Friday and formally announced later by the regional government.

It says the change will give authorities more time to bring the virus spread under control and people a better chance to vote.

The virus incidence rate in Catalonia on Thursday was at 561 per 100,000 inhabitants, which is high but still below Spain’s national average of 575.

The region has imposed strict movement restrictions between towns and non-essential stores can only open Monday to Friday.

Critics of the date change say pro-independence governing parties in Catalonia hope it might weaken the electoral impact of highly popular Spanish Socialist Health Minister Salvador Illa, who recently announced his candidacy. Polls suggest Illa could upset the balance of power in the region.

Separatist parties currently control the Catalan government. The separatist movement, which is supported by roughly half the region’s 7.5 million residents, wants to create a republic for the wealthy northeast corner of Spain.

The region’s political situation is still heavily dominated by the jailing in 2019 of nine political figures for their role in a secession push two years earlier.

Catalonia has been operating without a president since former leader Quim Torra was barred from public office last year for disobeying the country’s electoral law in 2019 — when he displayed banners in a public building calling for the imprisoned separatists to be released. 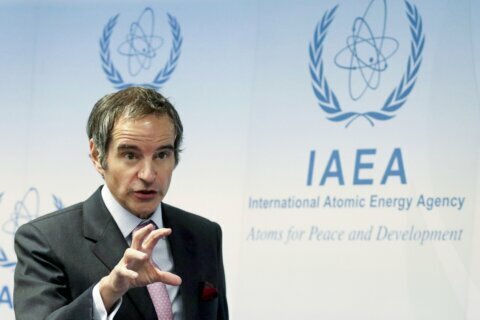 A Paris court has convicted French former President Nicolas Sarkozy of corruption and sentenced him to 1 year in prison.