BRUSSELS (AP) — With a chaotic and costly no-deal Brexit only three weeks away, leaders of both the European Union and United Kingdom saw an ever likelier collapse of trade talks, and British Prime Minister Boris Johnson even spoke of a “strong possibility” of failure.

Both sides told their citizens to brace for a New Year’s shock, as trade between the U.K. and the 27-member bloc could face its biggest upheaval in almost a half century.

Johnson’s gloomy comments came as negotiators sought to find a belated breakthrough in technical talks, where their leaders failed three times in political discussions over the past week.

Australia does not have a free trade deal with the EU.

On the EU side, reactions were equally pessimistic.

“I am a bit more gloomy today, as far as I can hear,” Swedish Prime Minister Stefan Lofven said at a EU summit where von der Leyen briefed the 27 leaders on her unsuccessful dinner with Johnson.

“She was not really confident that all difficulties could be resolved,” said David Sassoli, president of the EU parliament that will have to approve any deal brokered.

A cliff-edge departure would threaten hundreds of thousands of jobs and cost tens of billions of dollars in commerce.

To prepare for a sudden exit on Jan. 1, the EU on Thursday proposed four contingency measures to make sure that at least air and road traffic would continue as smoothly as possible between both sides for the next six months.

It also proposed that fishermen should still have access to each other’s waters for up to a year, to limit the commercial damage of a no-deal split. The plans depend on the U.K. offering similar initiatives. The move was indicative of how the EU saw a bad breakup as ever more realistic.

Johnson warned that “yes, now is the time for the public and businesses to get ready for January 1, because, believe me, there’s going to be change either way.”

For months now, trade talks have faltered on Britain’s insistence that as a sovereign nation it must not be bound indefinitely to EU rules and regulations — even if it wants to export freely to the bloc. That same steadfastness has marked the EU in preserving its cherished single market and seeking guarantees against a low-regulation neighbor that would be able to undercut its businesses.

After Johnson’s midnight return to London, reactions were equally dim there.

U.K. Foreign Secretary Dominic Raab said the Sunday deadline was a “moment of finality” — though he added “you can never say never entirely.”

In four years of talks on the U.K.’s departure terms and a future trade relationship, such self-imposed deadlines have been broken time and again since Britain voted to leave the EU.

Jan. 1 though is different, since the U.K, has made the 11-month transition time since its Jan. 31 official departure legally binding.

“There are big ideological, substantive and policy gaps that need to be bridged,” said Mujtaba Rahman, Europe managing director for the Eurasia Group. “They’re so far apart and the time is so limited now.”

A no-deal split would bring tariffs and other barriers that would hurt both sides, although most economists think the British economy would take a greater hit because the U.K. does almost half of its trade with the bloc.

Months of trade talks have failed to bridge the gaps on three issues — fishing rights, fair-competition rules and the governance of future disputes.

“I still hope that we will find a solution but it’s half-half,” said Luxembourg Prime Minister Xavier Bettel, before adding

“I prefer no deal than a bad deal.”

Follow all AP stories about Brexit and British politics at https://apnews.com/hub/brexit 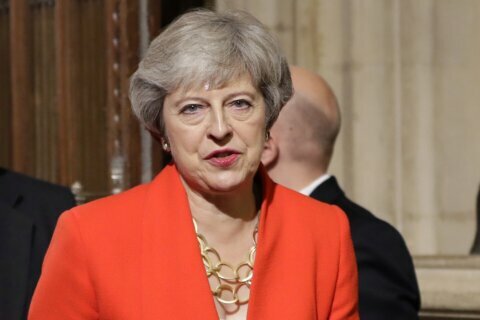 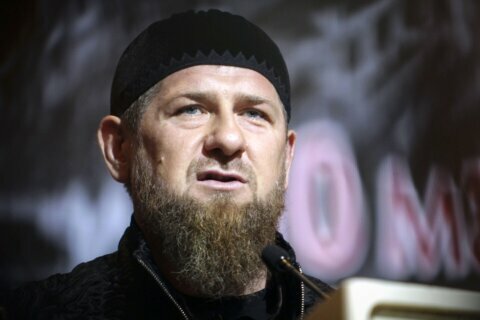