Priti Patel was the first British Cabinet minister to meet with Law, who fled his hometown before a warrant for his arrest was issued by Beijing.

“The United Kingdom will stand by the people of Hong Kong and keep our promise to protect and uphold their freedoms,” Patel said in a statement after the meeting.

Britain announced in July that it would offer a special route to citizenship for up to 3 million Hong Kongers eligible for the British National Overseas passport. Authorities stressed that Britain would uphold its historic duty to the former British colony after Beijing imposed a sweeping new national security law in the city.

Activists, former lawmakers and a media tycoon have been arrested under the law, which critics say is the boldest move yet by Beijing to crack down on the civil liberties promised to Hong Kong when it returned to Chinese rule in 1997.

People from Hong Kong currently can come to the U.K. for six months without a visa. Under the new policy, all those eligible for the BNO passport will have the right to live and work in the country for five years.

Beijing has criticized the U.K.’s offer and complained of British interference in its domestic affairs.

Law said the policy “means a lot to Hong Kong people” because it “helps them to live free from political persecution.”

Also at the meeting was Beatrice Li, sister of activist Andy Li, who was among 12 people detained in China since August after attempting to flee to Taiwan.

“We thank the Home Secretary, and hope that the U.K. will do more in the face of the total destruction of our way of life,” she said. 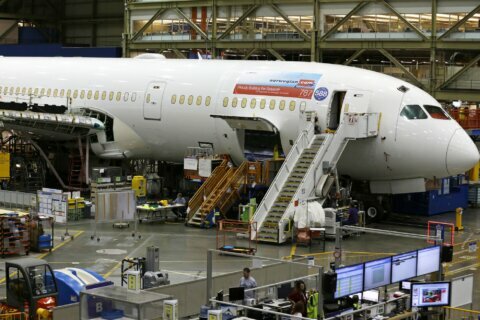