ISTANBUL (AP) — Turkey’s parliament extended for 18 months a law that allows the deployment of Turkish troops to Libya.

The bill renewed a one-year mandate that came into force in January following a security and military agreement with the U.N.-backed administration in Tripoli, in western Libya.

The Turkish decision Tuesday comes in the wake of a U.N.-brokered cease-fire in Libya that was declared in October. The cease-fire deal envisioned the departure of foreign forces and mercenaries within three months.

Opposition parties voted against the extension but the combined votes of Turkey’s ruling party and its nationalist allies allowed the bill to pass.

The oil-rich North African nation is now split between the Tripoli government and its rival administration in the east. Both sides are backed by regional and foreign powers and numerous local militias.

Ankara’s support for the Tripoli-based Government of National Accord has turned the tide of war in Libya. Turkish military assistance — including advisors, equipment and intelligence — helped block a year-long military attempt to capture Tripoli by forces loyal to Khalifa Hifter, a Libyan commander who rules the eastern half of the country.

Turkey has been accused of sending thousands of Syrian mercenaries to Libya. Throughout his march on the capital, which collapsed in June, Hifter had the backing of the United Arab Emirates, Egypt, France and Russia.

Turkey also signed a controversial maritime agreement with the Tripoli government last year, giving it access to a contested economic zone across the eastern Mediterranean Sea. The deal added tensions to Turkey’s ongoing dispute with Greece, Cyprus and Egypt over oil and gas drilling rights. 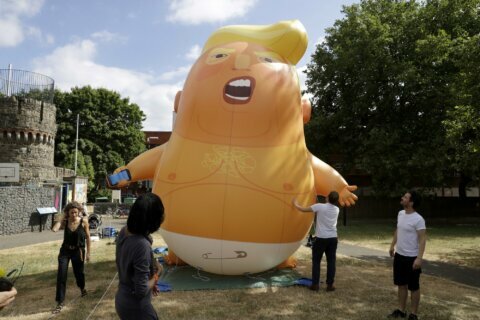