PRISTINA, Kosovo (AP) — Kosovo authorities on Friday said they found remains of two people believed to be ethnic Albanians missing from the 1998-1999 war.

The Governmental Commission on Missing Persons said that following information from citizens they checked the public cemeteries in the western cities of Rahovec and Prizren, and found one body in each.

The exhumed remains will be checked for DNA identification and then handed over to their families, a statement said.

Last month a mass grave of ethnic Albanians from Kosovo was found in a disused coal mine in southern Serbia.

Kosovo’s war, which ended with a 78-day NATO air campaign, left more than 10,000 people dead. Over 1,640 people are still unaccounted-for in Kosovo.

Several mass graves with the bodies of Kosovo Albanians killed by Serb troops have been discovered in various parts of Serbia.

Serb army and paramilitary units often tried to hide evidence of war crimes by burying slain ethnic Albanians in public cemeteries or by moving victims from Kosovo to Serbia.

Kosovo declared independence from Serbia in 2008, but Serbia has not recognized that. EU-mediated talks aimed at normalizing relations have stalled since November 2018 and relations remain tense. 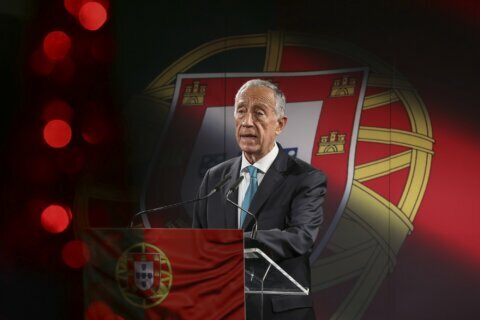