BERLIN (AP) — A German state governor moved Tuesday to block a small rise in the amount Germans pay to finance public broadcasters, attempting to defuse a dispute that revived broader questions about how far Chancellor Angela Merkel’s center-right party will stand firm on refusing to cooperate with the far right.

The plan called for the amount every German household must pay to finance public television and radio broadcasters to be raised by 86 cents to 18.36 euros ($22.26) a month Jan. 1. It needed approval from all 16 of Germany’s state legislatures this month to take effect.

Saxony-Anhalt, where a state election is due in June, was the only holdout. Local lawmakers from Merkel’s Christian Democrats objected to the raise with a variety of arguments, questioning the wisdom of raising the levy during the coronavirus crisis.

Together with the far-right Alternative for Germany, which is strong in the region and fiercely critical of public broadcasters, the Christian Democrats would have had a majority in the state legislature to vote the deal down.

Instead, the governor’s office in the eastern state said Tuesday governor Reiner Haseloff, a Christian Democrat, decided to withdraw the plan from being voted on in the state legislature later this month.

That at least takes off the table the prospect of his party being seen voting with the far-right, a possibility that had turned the issue into a major political headache.

Haseloff’s coalition partners in the state, the center-left Social Democrats and Greens, made clear that his party teaming up with the far-right would bring down the coalition.

And if the Christian Democrats and Alternative for Germany voted together, that would again raise doubts over repeated insistences by Merkel’s party that it won’t cooperate in any way with the far right.

Earlier this year, local Christian Democrats joined with the far right in electing a pro-business politician as governor of another eastern state, Thuringia.

That convulsed the party. National leader Annegret Kramp-Karrenbauer said she would step down after failing to rein in the local branch there. A replacement, who likely would run to succeed Merkel as chancellor in next year’s national election, hasn’t yet been chosen. 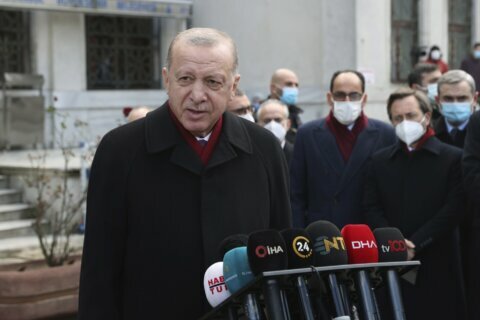 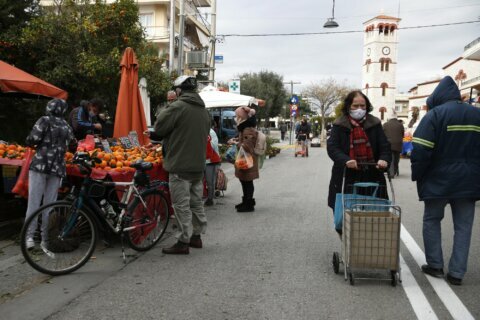