CORONAVIRUS NEWS: What to do, and not do, before and after your first shot | Prince George’s Co. enters new vaccination phase | Latest coronavirus test results
Home » Europe News » Avalanche kills 1 skier…

BERLIN (AP) — An avalanche killed one skier in Switzerland and Austrian authorities issued avalanche warnings Tuesday for the country’s mountainous east after days of heavy snow pummeled the region.

In hard-hit East Tyrol and other parts in the Austrian Alps, several roads were still closed in Tyrol and some valleys were cut off from the rest of the country. Electricity provider Tinetz said 4,000 homes lost power after several electrical lines were snapped by snow or fallen trees, public broadcaster ORF reported.

Neighboring Switzerland and northern Italy saw massive snowfall over the weekend and snow also hit parts of Germany and Spain as well.

Authorities in the Swiss canton (region) of Nidwalden said one off-piste skier among a group of five people was killed after getting caught in an avalanche Monday in the Titlis area, south of Lucerne. Rescue teams were not able to resuscitate the 23-year-old Swiss citizen after he was pulled from the snow.

A 23-year-old German man was injured Monday in Austria’s Hahnenkamm skiing region in Tyrol when he went skiing on a closed slope. He was taken by rescue plane to a hospital in Kempten in Bavaria, ORF reported.

In a broad swath of the Alps in Switzerland, authorities raised the avalanche warning level to grade 3 on a five-point scale, after exceptionally heavy snowfall was dumped over the weekend. Some higher elevations recorded between 50 and 80 centimeters (20-32 inches) of snow over the last three days.

“It’s true that it’s early for the season” to have so much snowfall, said Mikhael Schwander, a meteorologist with Swiss weather service MeteoSuisse. He said the higher the elevation that the snow fell, the greater the risk of avalanches — although that also depends on other factors including the temperature and the types of snow on the ground. 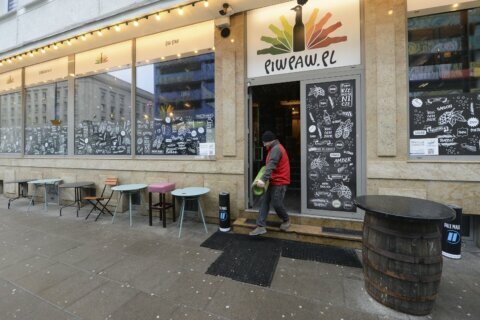