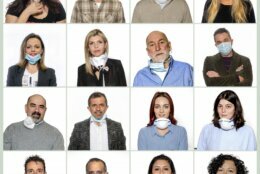 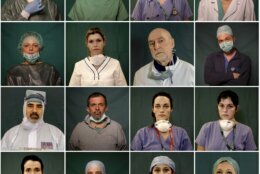 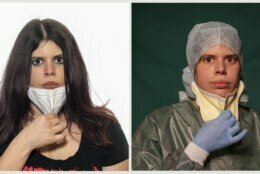 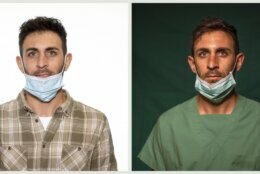 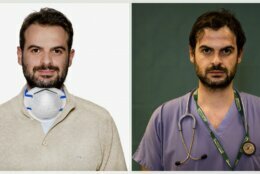 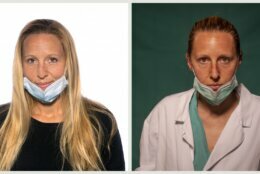 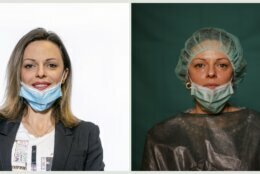 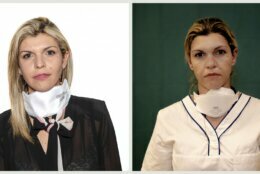 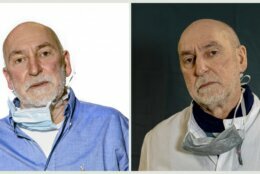 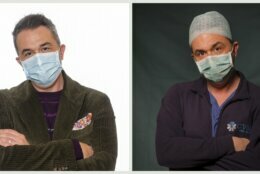 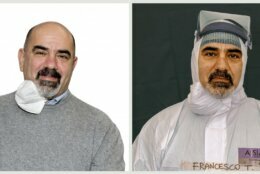 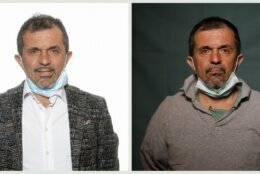 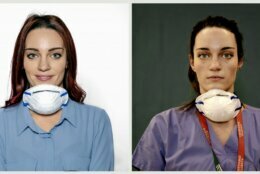 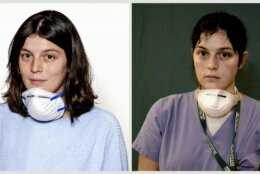 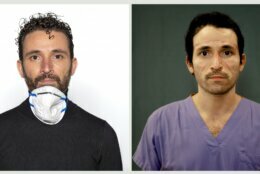 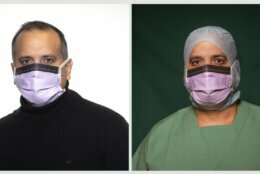 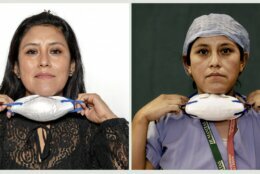 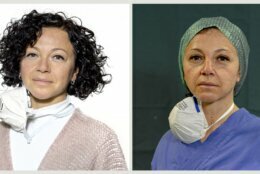 Eight months later, they allow themselves a faint, forced smile. The tired terror in their eyes has faded. They look chic in makeup or a jaunty handkerchief tucked into a jacket pocket.

But for the doctors and nurses who have been on the front lines of Italy’s coronavirus battle since the start, the passage of time has taken a toll. They have seen so much suffering and death and have suffered themselves: From fear of infection, isolation from their families, anger at COVID-19 skeptics and the overwhelming sense of being powerless before a vicious virus.

The Associated Press went back to photograph the 16 health care workers whose portraits, taken on the single deadliest day of Italy’s first wave of infection, came to epitomize the sacrifice of the world’s medical personnel during the pandemic.

Those March 27 portraits were raw and haunting. Each was taken in front of identical green surgical drapes at hospitals in Bergamo, Brescia and Rome, and some of the subjects were almost unrecognizable behind their scrubs, protective sheaths and face shields. Photographed during breaks or at the end of their shifts, they were exhausted and afraid and their cheekbones were rubbed raw from their masks and goggles.

Today, posing in street clothes and their hair freed from surgical hairnets, they look like your fashionable neighbor or cousin, and their personalities come through despite the lingering tension. The beards have gotten a bit fuller, some a bit whiter, but the masks remain. The fear in their eyes on March 27 seems to have given way to wisdom-gained resignation that this is how it will be.

A 10-week national lockdown from March to May eventually tamed the virus in Italy and emptied intensive care units over the summer. But the country is now in the throes of a violent second wave, and is once again leading Europe in the gruesome death count.

“The sense of impotence is enormous,” said Dr. Sebastiano Petracca, an anesthesiologist and medical chief at Rome’s Casalpalocco Hospital. “With some patients we don’t have the weapons: Everything we do, that we know how to do, is useless.”

“You have to just stay there and watch.”

Sometimes, that sense of powerlessness is compounded by outrage and bitterness that their efforts in the first wave were in vain. Infections nationwide now number 1.8 million. Some 80,000 are among health care workers. Two hundred and fifty-five doctors have died.

“We health professionals risk our life every day in the ICUs and there are people who speak of conspiracy,” said an indignant intermediate care technician, Claudia Accardo. “Don’t call us heroes. Protect yourself and help us not die because of you.”

At the same time, over these eight months there have been moments of joy and a sense of common purpose, even if the original outpouring of solidarity from the general public has waned.

Many of the 16 say they have come to realize just how important a touch or caress can be, even through two layers of latex gloves, for people wrenched away from their loved ones, heaving for air and terrified they might die.

Dr. Gabriele Tomasoni, head of the ICU at the Civic Hospital in Brescia, recalled a video he received from the family of a patient who had been in the hospital for months, and the ICU for 95 days, before he finally healed.

“You could see one of the grandchildren jumping around this 65-year-old nonno, incredulous and so happy to see him back home,” Tomasoni said. “This is what our work is for.”

Unfortunately, it doesn’t look like their work will ease up anytime soon. Italy this weekend overtook Britain to lead Europe with the most official COVID-19 deaths, reporting more than 64,000 victims, even as its daily new infections begin to decline after the second peak. Virologists fear a third resurgence — or a drawn-out second one — is just around the corner as a result of family get-togethers over Christmas and the worst of the winter flu season.

The 16 will be on the job, even as they wish prudence would replace the ignorance, or selfish arrogance, of those who won’t do simple things to protect themselves and others.

“Christmas I will be here. Just like I had Easter here, just like August here, just like every day,” Petracca said as his eyes began to well up. “Vacation? I haven’t had any vacation since March 18.”

Far-right party accepts that migrants can be German citizens

Italy: Conte clears hurdle to retain power, bigger one ahead