ATHENS, Greece (AP) — A small brush fire that started at an overcrowded refugee center on Greece’s eastern Aegean island of Samos has burned about 15 tents but caused no injuries, Greek authorities said Monday.

The fire department said the blaze started Monday morning in low-growing vegetation near the camp and was brought under control soon after.

The Migration and Asylum Ministry said the tents that were burned had been evacuated, and no injuries were reported. It said the reasons for the blaze were unclear.

In September, a series of fires destroyed Greece’s largest refugee camp in Moria on the nearby island of Lesbos, leaving more than 10,000 people in need of emergency shelter. Greek authorities said the fires were deliberately set by a small group of the overcrowded camp’s residents after isolation and lockdown orders were issued to combat a coronavirus outbreak in the camp.

Greece remains one of the main routes for migrants and refugees from the Mideast, Africa and Asia hoping to make their way into the European Union.

The vast majority cross from Turkey to nearby Greek islands. But under a 2016 EU deal with Turkey, new arrivals remain on the islands until their asylum applications are either accepted or rejected. A backlog in the asylum procedure and continued arrivals has led to severe overcrowding and squalid conditions in the camps.

The camp on Samos is by far the most overcrowded, with more than 4,200 people in a facility built to house under 650 people. 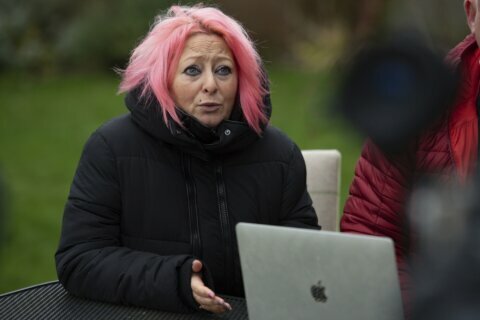