On thin ice: Dutch speedskating race under threat from virus

THE HAGUE, Netherlands (AP) — A near-mythical Dutch speedskating race could fall victim to the coronavirus pandemic — even if the looming winter is cold enough to stage it for the first time in more than 20 years, organizers said Thursday.

The Elfstedentocht, or Eleven Towns Tour, a roughly 200 kilometer (125-mile) speedskating race along frozen canals and lakes in the northern province of Friesland, hasn’t been staged since Brussels sprouts farmer Henk Angenent won the last edition on Jan. 4, 1997.

The event can only go ahead when the ice across the region is thick enough to carry thousands of skaters who take part. It has only been held 15 times since the first official race in 1909 and the gap since the last race is now the longest ever.

Even if the waters freeze this winter, organizers say they won’t be able to stage the race if coronavirus social distancing measures are in force. The Netherlands is currently in a partial lockdown imposed in mid-October.

The board of the association that manages the race said in a statement that after discussions with local authorities it had “decided that under the current corona measures it is not possible to organize” the race.

“The moment the measures are relaxed, the situation will be reassessed,” the organizers said.

“If there is enough ice and it is possible in relation to corona measures, the board can organize an 11 Towns Tour in 48 hours.”

The approximately 30,000 members of the Royal Association of the 11 Towns Tour are the only skaters allowed to participate in the race. A small group of elite racers competes for the victory, while thousands more follow at a more leisurely pace.

Just the prospect of the race happening sends the Netherlands into a speedskating frenzy and if it goes ahead, it would likely draw hundreds of thousands of people to Friesland to stand shivering on the banks of the windswept region’s waterways to cheer on the skaters.

That was part of the reason for organizers deciding it is not possible to hold the event with social distancing measures in place.

“The board believes is is not responsible to organize an event that will attract hundreds of thousands of people, with all the possible consequences for infections,” organizers said. “Finally, the 11 Towns Tour places a large stain on hospitals and medical support. The board believes that also is not responsible given the great strain this sector is currently experiencing.”

“In some ways it’s very logical,” he told national broadcaster NOS. “For the speedskating Netherlands of course, it’s a shame. But at the end of the day, there are more important things.” 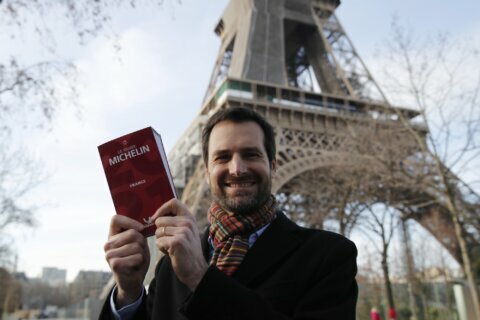