The report gave no details on her death.

Mouckova, who had been a rare female television news presenter since the 1950s, is remembered for announcing the news about the invasion at gunpoint of occupying troops following the military operation that started an hour before midnight on Aug. 20, 1968.

The troops came in with tanks to crush the Prague Spring — the brief period of liberal reforms under leader Alexander Dubcek that was meant to lead toward democratization of communist Czechoslovakia.

After the transmitters were turned off, Mouckova was fired and was persecuted by the hard-line communist regime that took power after the invasion.

In 1977, she was among those who signed Charter 77, a human rights manifesto co-drafted by Vaclav Havel, who later led the 1989 anti-communist Velvet Revolution that ousted the Communist regime.

Only then, Mouckova was able to return to her work as a journalist for the public television and Radio Free Europe.

In 2013, she was awarded a state decoration by President Milos Zeman. 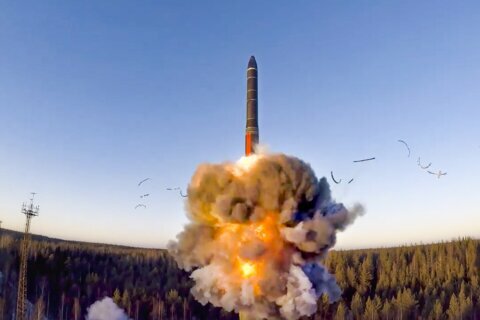