BRUSSELS (AP) — The European Union said Friday that another week of talks with Britain on a new trade deal has gone with barely any progress. Its chief negotiator, Michel Barnier, is heading to London for ever-more pressing weekend negotiations to avoid chaos when Britain’s trade agreements with the EU end at New Year.

Barnier emerged from a COVID-19 quarantine on Friday and said that after a week of remote video talks the “same significant divergences persist.”

The lack of progress is frustrating since the EU had sounded optimistic about a deal last Friday and had committed to be “creative” in its approach during the final stages of the talks. Barnier was on Friday briefing EU member states and the EU parliament, which all have to give their consent to any deal reached with the U.K.

The two sides have reached agreement on a swath of issues, but remain stuck on EU fishing rights in U.K. waters, compliance guarantees on any deal reached and the “level playing field” standards the U.K. must meet to export into the EU.

The U.K. split from the EU politically early this year, but remained part of the bloc’s economic embrace during an 11-month transition as the two sides tried to negotiate a new free-trade deal to take effect Jan. 1.

To reach a deal the EU will have to curb its demands on fishing and Britain must agree to some alignment with the bloc’s rules — difficult issues for politicians on both sides.

Britain’s chief negotiator, David Frost, agreed there were still major differences but said it was worth continuing the talks.

“It is late, but a deal is still possible, and I will continue to talk until it’s clear that it isn’t,” Frost said on Twitter.

“But for a deal to be possible it must fully respect U.K. sovereignty.” 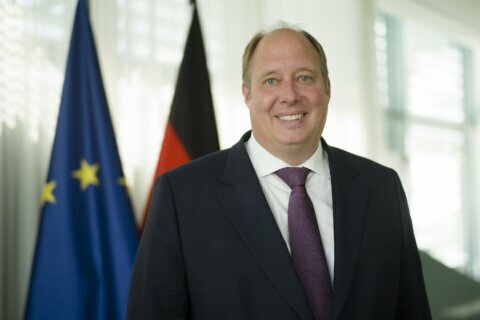