VATICAN CITY (AP) — The Vatican and China extended a controversial accord on bishop nominations Thursday over strong opposition from the White House and conservative Catholics given Beijing’s crackdown on religious believers.

The Holy See and Beijing government jointly announced a two-year extension to the 2018 agreement, which expired Thursday.

The Vatican justified the extension by saying the agreement was purely ecclesiastic and pastoral in nature, not political, though it noted that continued dialogue would allow for discussion on other problems, including human rights abuses.

In an unsigned article accompanying the announcement, the Vatican newspaper L’Osservatore Romano said the Vatican “does not fail to attract the attention of the Chinese government to encourage a more fruitful exercise of religious freedom.”

The agreement, which has never been published, envisages a process of dialogue in selecting bishops though Pope Francis has said he has the final word. The Vatican signed it in 2018 in hopes it would help unite China’s Catholics, who for seven decades have been split between those belonging to an official, state-sanctioned church and an underground church loyal to Rome.

The Vatican has defended the 2018 accord against criticism that Francis sold out the underground faithful, saying the deal was necessary to prevent an even worse schism in the Chinese church after Beijing named bishops without the pope’s consent.

The 2018 accord regularized the status of seven of these “illegitimate” bishops and brought them into full communion with the pope — a key goal of the Vatican in pushing for a deal.

The question of bishop nominations has long vexed Vatican-China relations, with the Holy See insisting on the pope’s divine right to name the successors of the apostles and Beijing considering such nominations foreign infringement on its sovereignty.

Beijing foreign ministry spokesman Zhao Lijian told reporters at a daily briefing Thursday that China and the Vatican decided to extend the agreement “after friendly consultations.”

“The two sides will maintain close communication and consultations and continue to promote the process of improving relations,” he said.

The Holy See for its part, issued a similarly terse statement, written in Italian, English and Chinese.

“The Holy See considers the initial application of the agreement – which is of great ecclesial and pastoral value – to have been positive, thanks to good communication and cooperation between the parties on the matters agreed upon, and intends to pursue an open and constructive dialogue for the benefit of the life of the Catholic Church and the good of Chinese people,” it said.

The Vatican has been vigorously defending the agreement in recent weeks after U.S. Secretary of State Mike Pompeo publicly criticized it and urged the Holy See not to extend it.

During a tense visit to the Vatican last month and in an essay penned before the trip, Pompeo made clear U.S. objections to the accord and urged the Vatican to join the U.S. in instead denouncing China’s crackdown on religious and ethnic minorities, Catholics among them.

In its article on the accord, L’Osservatore Romano referred to such criticism as coming from a “geopolitical” perspective whereas the Vatican’s interest is religious.

“Furthermore, there is full awareness that the dialogue between the Holy See and the People’s Republic of China will favor an even more fruitful search for the common good in favor of the whole international community,” the article said.

The Vatican has rarely, if ever, called out China for its crackdown and other human rights abuses, and it has stayed mum during months of protests in Hong Kong. It similarly rarely criticizes Russia, for fear of harming relations with the Russian Orthodox Church.

The Rev. Bernardo Cervellera, editor of the missionary news agency AsiaNews, which covers the church in China closely, noted that in the two years since the agreement was originally signed, persecution of Christians by the Chinese authorities has only increased, with churches destroyed, priests detained and young people barred from religious services.

But he said the Vatican needed to chart its own path with China, regardless of U.S. policy.

“I don’t believe that this is an ideological opposition to the USA,” he said. “The Vatican needs to have its own relationship with China, with the Chinese people who are so numerous.” 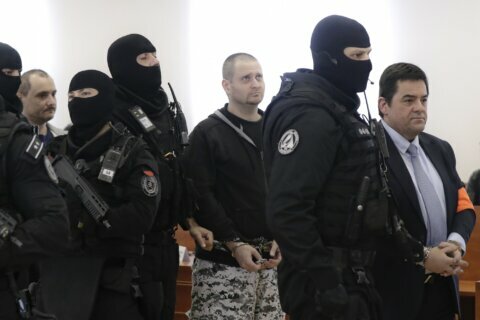