The election in Cyprus’ breakaway north is likely to head into a runoff in a week’s time. Most opinion polls put Akinci into the second round, against either Tatar or Erhurman.

The first major test for the winner will likely be a meeting hosted by United Nations Secretary General Antonio Guterres that will bring together the two sides with Cyprus’ three ‘guarantors’ — Greece, Turkey and Britain — to scope out the chances of resuming frozen peace talks.

The Mediterranean island has been divided between a Greek Cypriot south — seat of the internationally recognized government — and the breakaway north since 1974, when Turkey invaded after a coup by supporters of union with Greece. Decades of talks have failed to deliver a peace deal.

All polls agree that the Turkish Cypriots, politically isolated and dependent on Turkey both economically and militarily, have placed a peace deal delivering them back into the international fold as the top campaign issue.

But with Turkey now openly dictating terms on the kind of peace deal it wants, analysts say the theme that’s resonating with voters more than ever before is whether Turkish Cypriots will retain some degree of control over their future, or submit completely to Ankara’s diktats.

Many Turkish Cypriots “are clinging more to the defense of their identity” in response to Turkey’s heightened assertiveness, said political analyst Tumay Tugyan.

As a reminder of who’s pulling the strings, just days before the election Ankara — in coordination with Turkish Cypriot authorities — opened to the public a beach in uninhabited Varosha, 46 years after the Famagusta suburb’s Greek Cypriot residents fled advancing Turkish troops.

Many Turkish Cypriots saw the move as a ploy to boost support for Tatar — a staunch proponent of fully aligning Turkish Cypriot policies with Ankara’s.

Ensconced in a state in the north of Cyprus that’s recognized only by Turkey, Turkish Cypriots have strived for legitimacy since declaring independence in 1983.

The accepted arrangement under which that would happen has been a negotiated deal with the majority Greek Cypriots to unify two separately administered zones under a central government.

But numerous rounds of U.N.-mediated negotiations on that basis have led nowhere. Greek Cypriots see a Turkish Cypriot demand for a permanent Turkish troop presence and Turkish intervention rights, as well as equal decision-making rights at all levels, as key stumbling blocks to an agreement.

Many in the Turkish Cypriot right now call for a shift away from federation, toward an arrangement between two equal, sovereign states. That mirrors the position of Turkey, which has pushed for alternatives to federation since the latest failed talks in 2017.

The Turkish Cypriot right generally favors closer ties with Turkey, which bankrolls their economy and maintains more than 35,000 troops in the north.

Tatar, 60, who heads the Turkish Cypriot government and leads the right-wing UBP party, says both sides should have equal sovereignty and sees a two-state solution as a viable alternative to federation.

He insists that an agreement with Greek Cypriots to divide up rights to potential offshore gas and oil deposits should precede peace negotiations. He’s also pushing for the development of Varosha.

Tatar’s popularity has suffered from his administration’s handling of the COVID-19 pandemic, following a recent sharp increase in confirmed cases.

Veteran leftist politician Akinci, 72, is seeking a second five-year term. He’s a strong supporter of a federal accord with Greek Cypriots and a champion of Turkish Cypriots who oppose Turkey’s complete dominion over their affairs. While not discounting Turkish Cypriot dependence on Turkey, Akinci insists on a relationship of “mutual respect.”

Fellow-leftist Erhurman, 50, espouses much of what Akinci supports, including a federal deal. Although he openly rejects Turkish “interventions” in Turkish Cypriot political life, he is cautious about opening a front with Turkey that would sour his relations with Ankara.

Eleven candidates are running in the election, with roughly 200,000 enrolled voters. 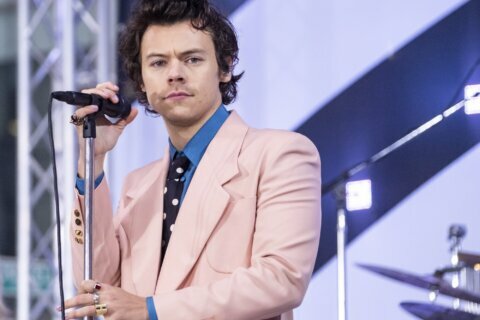