ANKARA, Turkey (AP) — Turkey’s president and the newly-elected Turkish Cypriot leader voiced their support on Monday for the resumption of peace talks for Cyprus based on a solution envisioning two separate states — departing from a formula followed for decades.

Speaking alongside Ersin Tatar, the Turkish-backed hardline politician who won the Turkish Cypriot leadership election last week, Recep Tayyip Erdogan said peace efforts seeking a federal solution to divided Cyprus had been tried before and would be a “waste of time.”

“At the point we have reached, we believe with certainty that to start negotiations based exclusively on the option of a federation is a waste of time,” Erdogan said. “We believe that now, a two-state solution needs to be brought to the negotiating table with a realistic approach.”

It is unclear how such a proposal could succeed. The Greek Cypriot side says the only way forward is a federation-based reunification accord, as agreed in talks from 1977 onward and outlined in United Nations resolutions, and any deviation from this would be a non-starter.

Tatar said that a meeting which U.N. Secretary-General Antonio Guterres is expected to call soon could test the ground for a two-state deal. The meeting would bring together the two sides and Cyprus’s “guarantors” — Greece, Turkey and Britain.

“The 5-party conference … is in our opinion the last chance for the settlement of the Cyprus issue,” Tatar said. “We are of the opinion that this meeting will determine whether a two-state solution based on sovereign equality can be brought to the table and whether an agreement can be possible.”

Cyprus was split in 1974 when Turkey invaded after a coup by supporters of union with Greece. Only Turkey recognizes a breakaway Turkish Cypriot state in the north that is economically and militarily dependent on Ankara. The island’s internationally recognized government has its seat in the Greek Cypriot south and is part of the 27-nation European Union.

Tatar, a 60-year-old scion of Turkish Cypriot political leaders, beat leftist Mustafa Akinci in a closely contested runoff on Oct. 18 that was beset by accusations of meddling by Turkey in a bid to round up votes for the challenger.

Erdogan said he would visit the self-declared Turkish Cypriot state on Nov. 15. 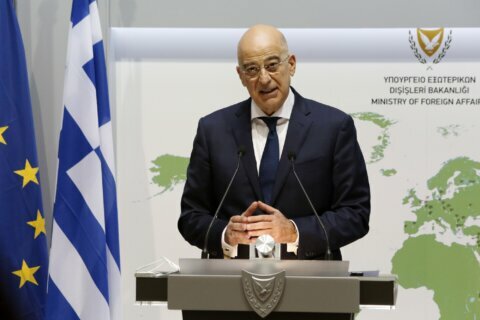 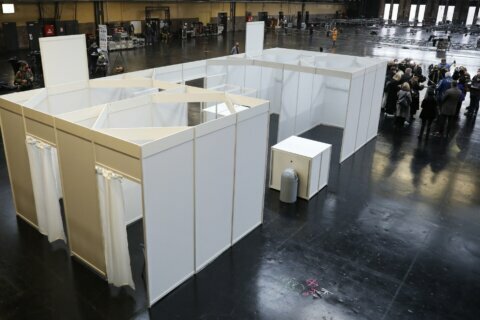