BERLIN (AP) — The foreign ministers of the United Arab Emirates and Israel met in Berlin on Tuesday for talks that Germany hopes will strengthen nascent ties between the two nations and bolster broader Middle East peace efforts.

German Foreign Minister Heiko Maas said it was a “great honor that the Israeli and Emirati foreign ministers have chosen Berlin as the location for their historic first meeting” since the two countries agreed to normalize relations in a U.S.-brokered deal.

The agreement, signed at a White House ceremony last month, reflects the changing politics of the Middle East, in which shared concerns about archenemy Iran have largely overtaken traditional Arab support for the Palestinians, who reject the deal as a betrayal.

“The most important currency in diplomacy is trust, and I am personally grateful to both of my colleagues for placing this trust in Germany,” Maas said in a statement. “We are doing everything we can to be good hosts for the dialogue between the two countries on how to shape their future bilateral relations.”

In a sign of just how far relations had come in a very short time, the three ministers together visited Berlin’s downtown Holocaust Memorial, dedicated to the 6 million Jews killed by Nazi Germany, and walked together through the maze-like monument made up of undulating concrete slabs.

The state-run Emirates News Agency reported that Foreign Minister Sheikh Abdullah bin Zayed Al Nahyan stressed to Maas and Israeli Foreign Minister Gabi Ashkenazi that the monument “confirms the importance of strengthening the values of tolerance, coexistence and acceptance around the world.”

The three later met behind closed doors at a secluded government guest house on the outskirts of the German capital.

In statements to the press afterward, Sheikh Abdullah and Ashkenazi referred to each other as “my friend” and pledged to continue to work together.

Ashkenazi, speaking through a translator, said the opportunity to visit the Holocaust Memorial with his Emirati counterpart had been a “historical moment.”

Sheikh Abdullah, also speaking through a translator, thanked Maas for hosting their meeting and said he hoped the improved relations with Israel would provide “new impetus toward stability and peace” in the Middle East.

Maas pledged Germany’s support wherever it was desired.

Before the talks, Maas said the “courageous peace agreement” between the two countries is “the first good news from the Mideast in a long time, and at the same time an opportunity for new movement in the dialogue between Israel and the Palestinians.”

Germany is a strong supporter of Israel, but at the same time has been critical of its settlement policies and also works closely with the Palestinians and is in favor of a Palestinian state as part of a “two state” solution.

Maas said “courage and trust” are what is needed in the Middle East peace process.

“We must seize this opportunity, and Germany and Europe want to help,” Maas said. “I hope that Berlin can offer a good framework to discuss further steps on this path.” 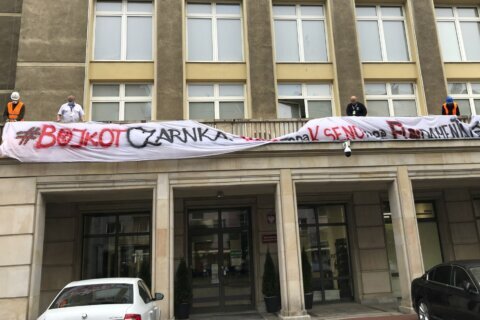 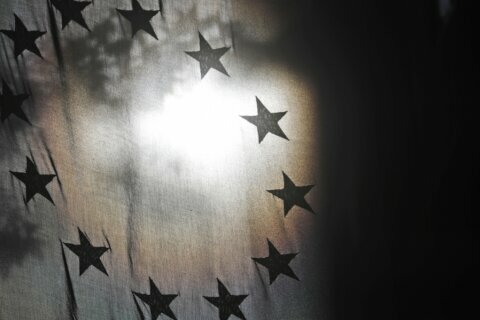