More than 60 artworks and artifacts at some of Berlin's best-known museums were smeared with an oily liquid.
Listen now to WTOP News WTOP.com | Alexa | Google Home | WTOP App | 103.5 FM
(1/11) 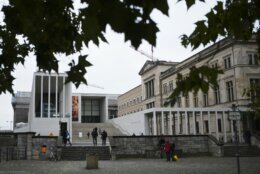 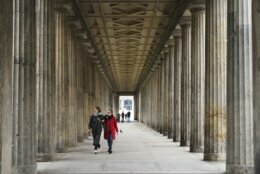 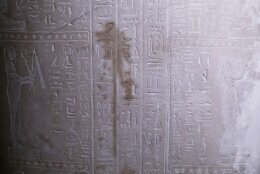 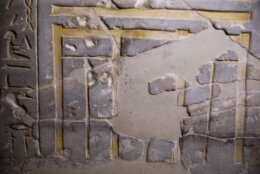 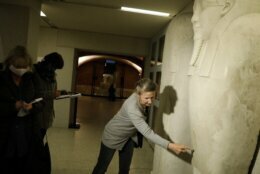 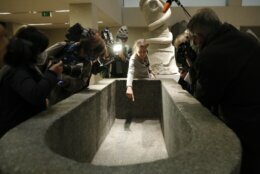 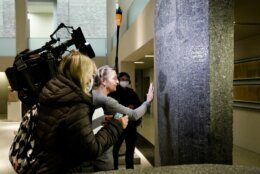 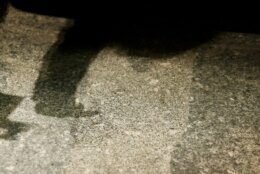 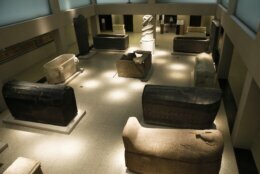 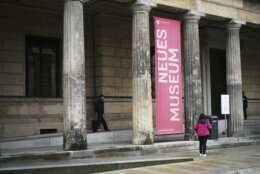 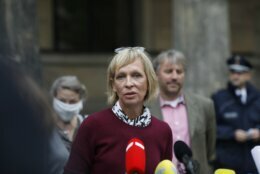 BERLIN (AP) — A large number of art works and artifacts at some of Berlin’s best-known museums were smeared with a liquid by an unknown perpetrator or perpetrators earlier this month, police said Wednesday.

The “numerous” works in several museums at the Museum Island complex, a UNESCO world heritage site in the heart of the German capital that is one of the city’s main tourist attractions, were targeted between 10 a.m. and 6 p.m. on Oct. 3, police said.

Police said in a statement that the resulting damage can’t yet be quantified. It didn’t give details of the liquid or specify how it was applied. They said they had decided initially not to go public about the incident out of “tactical considerations related to the investigation.”

On Tuesday night, the weekly Die Zeit and Deutschlandfunk radio broke the story, reporting that at least 70 objects had been sprayed with an oily liquid.

Police on Wednesday called for witnesses to come forward with any accounts of suspicious people or events they noticed on Oct. 3. That Saturday was the day that Germany marked the 30th anniversary of its reunification.

Germany’s culture minister, Monika Gruetters, strongly condemned the damage to the art works. Gruetters said that she had been informed on Oct. 6.

She said in a statement that “there is justified hope that the damage can be repaired,” but said that Berlin’s state museums once again need to answer questions over their security precautions.

In March 2017, burglars broke into the Bode Museum — part of the Museum Island — and made off with a 100-kilogram (221-pound) Canadian gold coin known as the “Big Maple Leaf.”

The suspects are believed to have smashed a protective case and then managed to lift the coin out of a museum window before fleeing along a railway track with their haul in a wheelbarrow. It was never recovered.

The other museums on the island are the Pergamon Museum, the Neues Museum, the Alte Nationalgalerie and the Altes Museum.

Italy set to vaccinate small island populations in one go