The files describe the situation and views inside the communist Polish United Workers’ Party, or PZPR, in power at the time, as well as the social mood among students, artists, intellectuals and workers in the time leading to and during Poland’s 1968 students’ revolt and anti-Semitic purges, Deputy Prosecutor General Andrzej Pozorski said.

Pozorski said that some 11 sets of written files and over 100 recordings made by the then-dreaded Interior Ministry and regional militia authorities have been seized and passed to a state historical institute, IPN, that analyzes old documents, especially from World War II and the communist era. Pozorski is the chief investigator at IPN.

The institute confirmed the discovery, first reported earlier this week, to The Associated Press on Friday. The sender and the intended recipient in the U.S have not been named.

Prosecutors have opened an investigation and searched the sender’s home because Polish law obliges those in possession of historic documents to surrender them to the IPN. Convicted violators face prison term of up to eight years.

A photo and video on the government website Friday showed yellowed, typewritten pages with red official stamps on them and magnetic tapes in transparent cassettes.

A ban on a theater production of a drama by Romantic-era author Adam Mickiewicz, that communist authorities said had anti-Moscow overtones triggered the 1968 student revolt. Massive protests led to the removal of their leaders from universities and arrests. Authorities also targeted professors and intellectuals who defended the students also were targeted.

Many of the intellectuals were Jewish and decided to leave Poland amid rising anti-Semitic sentiment promoted by the communist party.

The events eventually led to a change of party and government leadership in Poland in 1970, but they are still discussed among intellectuals and historians.

Many of the former student leaders played an important role in the pro-democracy Solidarity movement as Poland gradually shed communist rule in the 1980s.

Last month, IPN jointly with the Internal Security Agency retrieved over 100 secret security documents from 1970-90 that were in the possession of a former communist-era intelligence officer. They were related to Poland’s communist-era intelligence abroad and to the actions of domestic secret security against pro-democracy Solidarity activists in Poland in the 1980s.

The institute has also come across and secured some 300 original documents of the occupying Nazi German administration in the city of Lodz from 1939-44. The documents were offered for sale on the Internet for 59,000 zlotys ($15,000; 12,700 euros.) 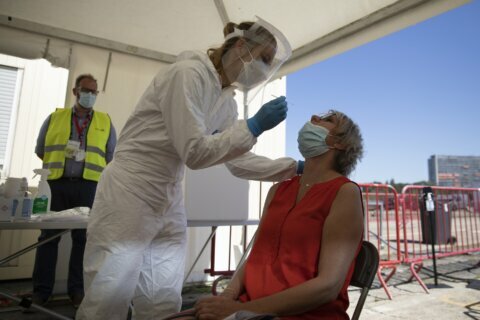