BRUSSELS (AP) — NATO Secretary-General Jens Stoltenberg said Friday that Greece and Turkey are going to cancel war games scheduled for next week on each other’s national holidays, in a further sign of easing of tensions between the two NATO allies and historic rivals.

“Both Greece and Turkey have decided to cancel military exercises which were planned for next week,” Stoltenberg told reporters after chairing a virtual meeting of NATO defense ministers, where the two countries made the announcement. “These are steps in the right direction, they help to reduce the risks of incidents and accidents.”

Stoltenberg said he hoped the cancellation of the war games would have a positive influence on German-mediated efforts to ease tensions between Greece and Turkey in the eastern Mediterranean Sea. Those tensions flared over the summer and raised fears that open conflict might break out over underwater energy exploration rights.

The NATO military alliance has helped the two countries set up a system to avoid armed clashes, including a communications hotline, and talks are continuing to broaden the safeguard system. The two countries have also agreed to resume so-called exploratory talks aimed at building confidence and resolving disputes, last held in 2016. 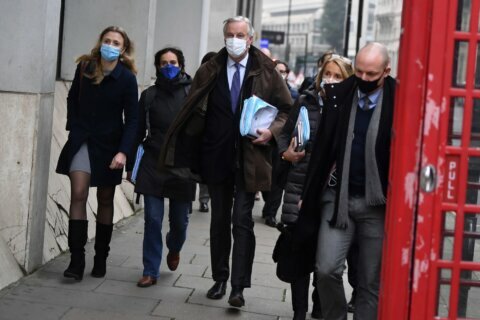