LONDON (AP) — London and seven other areas will face further restrictions after the British government on Thursday raised their coronavirus risk levels in an effort to slow the exponential rise in infection rates across the country.

The government’s decision to move the communities into its second-highest coronavirus risk tier means that more than 11 million people will be barred from meeting with anyone indoors from outside their households and will be asked to minimize travel starting this weekend.

Health Secretary Matt Hancock told the House of Commons that he recognized these restrictions would be hard on individuals and businesses, but said tough decisions were needed now to keep people safe. The government is negotiating with the leaders of Manchester, Lancashire and other communities in northern England about moving into the top risk tier, which would require the closure of many businesses.

“Coronavirus is deadly and it’s now spreading exponentially in the U.K.,” Hancock said. “We must act to prevent more hospitalizations, more deaths and more economic damage.″

Prime Minister Boris Johnson this week introduced a three-tier regional approach to combating the coronavirus pandemic, with each tier bringing in progressively tighter restrictions. The government is trying to slow rising infection rates and prevent the National Health Service from being swamped with COVID-19 cases this winter while seeking to avoid a national lockdown that would ravage the U.K.‘s struggling economy.

The opposition Labour Party’s spokesman on health issues, Jonathan Ashworth, described the measures as inadequate to stem the exponential growth of the virus. He reiterated calls for the government to implement the recommendations of its scientific advisers and impose a two- to three-week national lockdown, or “circuit break,″ arguing it could save thousands of lives.

After Johnson on Wednesday refused to rule out such a move, Ashworth asked Thursday what the government’s criteria were for taking such action.

“How many more hospital admissions? How much non-COVID care delayed? Dare I say, how many more deaths?″ Ashworth said. “Action is needed now.″

Hancock shrugged off the question, saying now was the time to work together.

“That is the best way to defeat this virus,” he said.

The change for Londoners comes as millions of people in northern England are waiting to find out whether they will be placed under the government’s tightest COVID-19 restrictions, which the city of Liverpool already faces.

Hancock said discussions were continuing with Greater Manchester and Lancashire about moving those communities into the government’s highest risk tier. Local leaders, including members of Johnson’s Conservative Party, have opposed such measures unless financial support is given to their communities to limit the damage to businesses and individuals.

The government held discussions with Greater Manchester leaders on Thursday amid questions about whether the region of 2.8 million people would be classified as “very high risk,” which requires further restrictions such as closing bars.

Greater Manchester Mayor Andy Burnham once again rejected government pressure to accept the higher risk rating without further financial support. He said any regional closure would require widespread business closures beyond the shutdown of pubs and would have to be done in tandem with neighboring regions.

“It is wrong to place some of the poorest parts of England in a punishing lockdown without proper support for the people and businesses affected,″ he told reporters in Manchester. “To do so will result in certain hardship, job losses. business failure. It will cause harm in a different way to people’s mental health and is not certain to control the virus.″

Burnham said the government’s own scientific advisers aren’t certain the regional lockdown strategy will work, and he argued that the government is asking his area’s residents to gamble their homes, jobs and businesses and a chunk of their economy on an experiment.

“They are willing to sacrifice jobs and businesses here to try and save them elsewhere,″ a visibly furious Burnham said. “Greater Manchester, the Liverpool city region and Lancashire are being set up as the canaries in the coal mine for an experimental regional lockdown strategy as an attempt to prevent the expense of what is truly needed.″

The other U.K. nations — Scotland, Wales and Northern Ireland — have also been tightening restrictions in recent weeks in light of the virus’ resurgence. There are growing indications that travel between the four nations will start to be restricted too, particularly to and from areas deemed to be high risk.

Scottish First Minister Nicola Sturgeon said Wednesday that she would ask Johnson for an urgent meeting on a four-nation strategy to restrict travel from high-risk areas to lower risk communities.

Unilaterally, she asked people from central Scotland, including cities like Glasgow and Edinburgh that are facing the tightest restrictions, to avoid traveling to Blackpool, a seaside town in northwest England famous for its illuminated installations at this time of year.

Blackpool is an even bigger draw for Scots this year because pubs will be showing the soccer match between the country’s two biggest soccer teams, Rangers and Celtic — while pubs in Glasgow and Edinburgh are still closed.

Tests to be allowed to reduce quarantine time in England 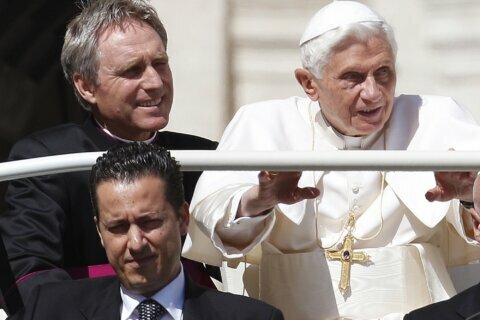