ROME (AP) — Italian prosecutors and the government’s privacy watchdog are investigating how the names of women who miscarried or had abortions ended up on crosses over graves for the fetuses in a Rome cemetery.

Rights groups have denounced the grave markings as a gross violation of the women’s privacy, which is protected by the 1978 law that legalized abortion in Italy. While regulations require burial of a fetus after 20 weeks, women who have complained said they never knowingly consented to the burials, much less to having their names put on crosses.

The scandal — brought to light last month when a woman wrote on Facebook about happening upon her name on a cross in Rome’s Flaminio Cemetery — has reverberated in this largely Roman Catholic country at a time when women say finding a doctor to perform an abortion has become increasingly difficult and that they face poor treatment when they do.

Women’s rights group Differenza Donna says it has so far identified over 1,000 such graves in the Roman cemetery in overgrown plots. The crosses are crude wooden or iron slats, and some of the graves are adorned with filthy stuffed animals or toys that have been left to the elements.

“As if what I went through was not enough, I discovered that at the Flaminio Cemetery there is a tomb with my name on it,” said one of the women, Francesca, whose name appears on a grave. She said she had an abortion in September 2019 after a scan showed her baby would not survive a malformed heart and aorta and that her own life would be at risk if she carried the pregnancy to term.

“Somebody, without my consent, collected the fetus, buried it at the cemetery and put over it a cross with my name and family name on it,” said Francesca, who spoke on condition that her last name not be used because she said she feared retaliation from anti-abortion activists.

Differenza Donna has filed a formal complaint with Rome prosecutors, providing testimony from some of the women who asked the rights group for help.

“By displaying names and family names of the women on the crosses, there was a violation of a crucial aspect of the law … which is the right to privacy and confidentiality for women who voluntarily interrupt the pregnancy,” said the president of Differenza Donna, Elisa Ercoli.

Additionally, some of the women weren’t Christian or religious believers, meaning the crosses violated their freedom of conscience and religion, she said.

Parliamentarians have demanded explanations from the public entities implicated, and Italy’s government-appointed guarantor of privacy opened an investigation.

Former Health Minister Livia Turco has led the charge, visiting the cemetery herself.

“To me, a cross is a symbol of love,” Turco said. “That a cross could be used as a violent gesture toward a woman who experienced a laceration and profound suffering is a blasphemy that humiliates women and deforms the sense of the cross.”

It is unclear who is to blame, and there are indications the scandal may have more bureaucratic than ideological roots.

To answer the question requires untangling a knot of regulations and agencies with sometimes overlapping responsibilities: The public hospital that performs abortions in Rome, the local health system and the AMA garbage collection agency are all pointing fingers at one another. AMA operates Rome’s cemeteries and is known for its dysfunction.

In addition, seemingly contradictory rules appear to be at play. While Italy’s national abortion law guarantees the woman’s privacy, a 1939 regulation for the mortuary police requires the burial of fetuses aborted after the 20th week.

AMA has cited yet another regulation that requires all graves to be identified. Yet other Italian cemeteries have plots dedicated to fetuses that are not marked with women’s names. AMA declined to comment further to The Associated Press.

Dr. Giovanna Scassellati, chief gynecologist at the induced abortion ward of the San Camillo hospital in Rome, said when women come in to terminate a pregnancy, they are given the option of arranging burial themselves, or having the hospital arrange for it.

“The story of the fetuses is very serious, but our hospital can’t be blamed for it,” she said. “We did not play any role in what happened.”

Aside from public entities such as AMA, private, Catholic volunteer groups that oppose abortion have entered into agreements with hospitals around Italy to perform the burials, though it is unclear if one was involved in the Flaminio scandal.

The “Defend Life with Mary Association,” a Catholic nonprofit, is one such group. But the group’s vice president, Emiliano Ferri, denied that it ever identified women on a grave for a fetus.

Instead, each tomb carries a number that is registered with the authority running the cemetery. A woman could eventually find a grave through that authority.

“How do we work? First of all in complete respect of privacy, not regarding us but in regards to the privacy of those women who aborted,” Ferri said. That said, he acknowledges the religious motivation for his work, which also involves burying younger fetuses if parents request it.

The cemetery scandal has erupted as women in Italy are increasingly reporting that they face discrimination and unsympathetic treatment in the public hospitals that perform the procedures — testimony that Italian newsmagazine L’Espresso has been gathering in a series of reports on what it calls the “torture” that some women undergo.

Even finding a doctor willing to perform the procedure has become difficult: According to health ministry statistics, 68% of Italian gynecologists identify themselves as conscientious objectors and refuse to perform abortions.

“It took me almost 10 days to find a non-objector doctor that would take me in a hospital, and once I entered … everything went wrong,” said Francesca. She said she was induced without an epidural and said she endured the criticism of medical staff during seven hours of labor for having the procedure. Such late-term abortions are legal if the women’s life is at risk.

“Nobody gave me assistance,” she said. 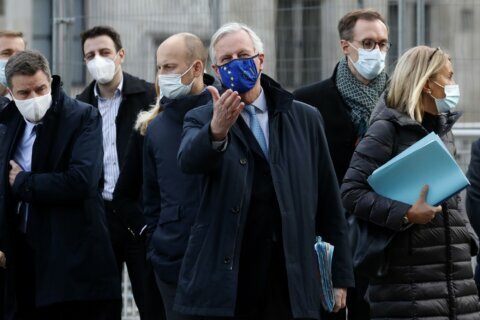 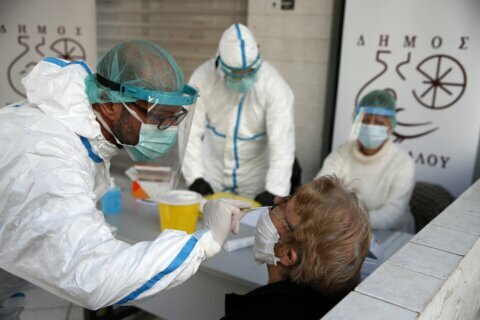