Italy imposes mask mandate outside and in as virus rebounds

ROME (AP) — Italy imposed a nationwide outdoor mask mandate Wednesday with fines of up to 1,000 euros ($1,163) for violators, as the European country where COVID-19 first hit hard scrambles to keep rebounding infections from spiraling out of control.

The government passed the decree even though Italy’s overall per capita infection rate is among the lowest in Europe. But Premier Giuseppe Conte warned that a steady, nine-week rise in infections nationwide demanded new preventive measures to stave off economically-devastating closures and shutdowns.

“We have to be more rigorous because we want to avoid at all cost more restrictive measures for production and social activities,” Conte said.

The decree was passed on the same day that Italy added 3,678 new infections and 31 deaths to its official coronavirus toll, the highest increase in new cases since the peak of the outbreak in April. Both hard-hit Lombardy and southern Campania added more than 500 cases each.

Italy has over 36,000 confirmed COVID-19 deaths, the second-highest number in Europe after Britain.

Even though the World Health Organization doesn’t specifically recommend masks outdoors for the general population, the trend has taken off in Italy, particularly as new clusters have been identified in southern regions that largely escaped the first wave of infection.

The new mask mandate was contained in a government decree extending the state of emergency until Jan. 31. It requires residents to have masks on them at all times outdoors, and wear them unless they can guarantee that they can remain completely isolated from anyone other than family. That effectively makes them obligatory outdoors in all urban and semi-urban settings, with exemptions for eating in restaurants and bars.

In addition, masks must now be worn indoors everywhere except private homes, but even at home, Conte urged Italians to keep their distances with relatives, given most new infections are occurring within families.

“The state can’t ask citizens to wear masks in their own homes,” Conte said. “But we have a strong recommendation for all citizens: Even in our families we have to be careful.”

Exceptions include for outdoor sporting activities, children under 6 and for people with health conditions that preclude wearing masks.

Italy thus is joining Spain, Turkey, North Macedonia, India and a handful of other Asian countries in imposing a nationwide, outdoor mask mandate. Spain has had such a requirement in place since mid-May and Turkey since last month.

Elsewhere in Europe, such outdoor mandates are in effect in hot spot cities such as Paris, Brussels and Pristina, Kosovo. In many Asian countries, social pressure to wear masks outdoors has made binding government decrees unnecessary. The Australian state of Victoria has had one in place for weeks.

While Paris and Brussels have closured bars to cope with the rising infections and Britain has capped pub hours, Conte has said that Italy wouldn’t impose any curfews or close bars.

The Vatican, which followed Italy’s strict lockdown in spring and summer, also imposed an outdoor mask mandate this week in the tiny city state in the center of Rome. Pope Francis, however, didn’t wear a mask during his indoor general audience Wednesday, even as he greeted well-wishers and shook their hands.

Italy became the epicenter of the European outbreak after the first domestic case was identified Feb. 21 in northern Lombardy. The country largely tamed the virus with a strict, nationwide 10-week lockdown, but infections have crept up since August vacations.

There have been various hypotheses for why Italy’s rebound has been slower than in neighboring countries like Spain or France, where daily new cases often top 10,000. Chief among them is the fact that Italians, seriously scared by the devastation of the initial outbreak in the north, have generally abided by mask mandates and social distancing norms.

Also, Italy’s national health care system has continued to aggressively trace new infection, as well as test passengers on arrival from at-risk countries — and even from its own island of Sardinia after the jet-set destination became a hotspot this summer.

That said, Italy’s testing capacity has its limitations. It can only process around 120,000 tests a day, more than double what it processed during the peak of the outbreak. But some experts say Italy needs to more than double that number as the virus has now spread across the country. 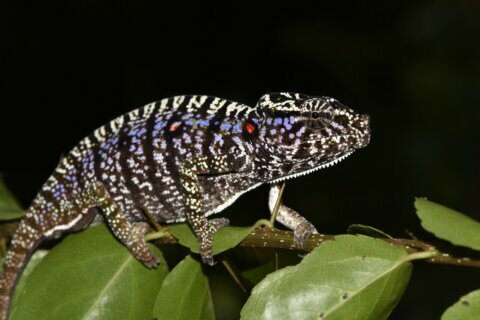 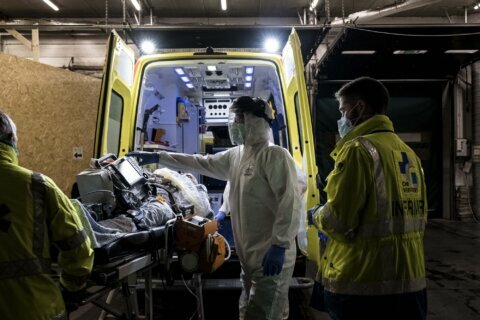