BUDAPEST, Hungary (AP) — The chief of staff for Hungary’s prime minister launched more criticism Thursday of a European Union report that found flaws with the state of the rule of law and democracy in the country, and said the Hungarian government would no longer negotiate with an EU commissioner.

The report the commission released Wednesday said the prosecution of high-level corruption in Hungary “remains very limited” and pointed to government-sponsored laws undermining media, academic and religious freedom, as well as minority rights.

Jurova cited a lack in Hungarian media of views critical of the government, which she said limits citizens’ ability to form independent opinions.

“I am afraid that people in Hungary could one day realize that their last election was also the country’s last free election,” she said in the interview.

Gulyas described the comments as “grossly offensive,” and said Hungary would no longer negotiate with Jurova in bilateral relations and wants her replaced.

“The position of the Hungarian government is that the European Union cannot have any leaders who speaks disrespectfully and contemptuously, and even with contempt, about any member state of the European Union and especially its citizens.,” he said. 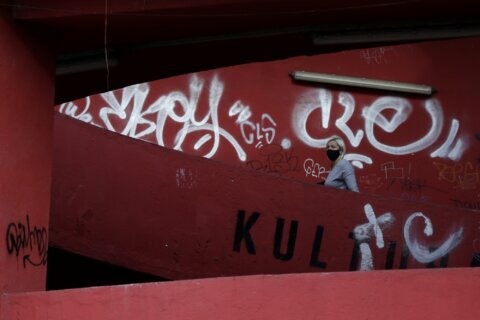