BERLIN (AP) — Germany’s foreign minister on Friday condemned the apparent neo-Nazi defacement of a religious symbol outside a synagogue in Berlin.

Police in the German capital said a piece of parchment inscribed with verses from the Torah was removed from its case at the Tiferet Israel synagogue’s doorpost, defaced with swastikas and replaced. Police were alerted to the incident late Thursday.

Foreign Minister Heiko Maas tweeted that “it simply hurt to see something so disgusting.”

“This crime must be quickly solved and those responsible punished!” he said, expressing his support for the country’s Jewish community.

German authorities have pledged to heighten security for Jewish premises following an anti-Semitic attack last year on a synagogue in Halle. 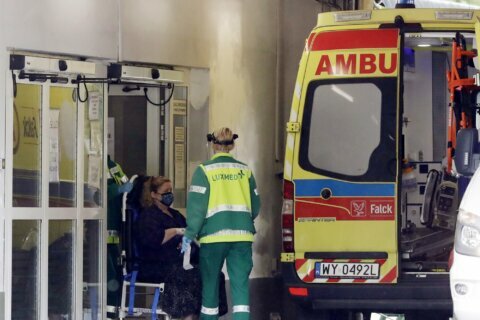