LONDON (AP) — The European Medicines Agency has started a “rolling review” process for the COVID-19 vaccine being developed by Oxford University and AstraZeneca, a move it hopes will speed any eventual approval.

In a statement Thursday, the EU regulator said instead of waiting for all of the required vaccine data to be submitted before beginning its assessment, the EMA has begun analyzing the preliminary information from scientists on the Oxford vaccine.

That data suggests the vaccine “triggers the production of antibodies and T-Cells,” referring to immune system cells that target the virus. The agency said it was waiting for data from ongoing late-stage tests of the vaccine involving thousands of people, which it hopes will be shared in the coming weeks and months.

“The rolling review will continue until enough evidence is available to support a formal marketing authorization,” the EMA said.

The agency said it could not estimate how long this process might take, but that it would be quicker than the normal evaluation procedure. A similar process was used to issue an approval for remdesivir, one of the only licensed drugs to treat COVID-19. That approval was issued in just over one month while the standard process can take nearly seven months.

Oxford’s vaccine is designed to reduce disease and transmission. It uses a harmless virus — a chimpanzee cold virus, engineered so it can’t spread — to carry the coronavirus’ spike protein into the body, which should trigger an immune response. The tests are looking at both one-shot and two-shot vaccine doses.

Initial information suggested the vaccine provoked a strong immune response in volunteers and is safe, but longer-term data is needed.

AstraZeneca, which is manufacturing the vaccine, has signed numerous private deals to provide millions of doses to countries including Britain, the U.S., France, Germany and Canada. The first deliveries are expected this fall, before being licensed.

Last month, Britain’s trial of the Oxford vaccine was paused for several days after a U.K. woman in the trial reported severe neurological symptoms. Although the study has since restarted, a similar trial in the U.S. is awaiting further examination from the Food and Drug Administration before the research can continue.

Several other vaccines are undergoing late-stage testing in China, Russia, the U.S., Brazil and other hard-hit countries.

In August, Russia became the first country in the world to license its Sputnik V COVID-19 vaccine. The shot is still being tested in advanced trials but has been offered to key workers, several high-profile politicians and one of President Vladimir Putin’s daughters.

On Thursday, authorities in Belarus began testing Sputnik V in 100 volunteers in Minsk, the capital.

Several Chinese vaccine makers, including Sinovac Biotech Ltd, have also injected thousands of their employees and family members with their experimental shots, under an emergency use provision. The Chinese military has also approved the use of a vaccine it developed with CanSino Biologics Inc., a biopharmaceutical company, in military personnel. 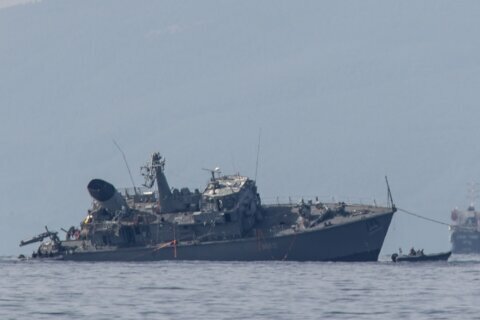 Germany, France gear up for new lockdowns as virus surges 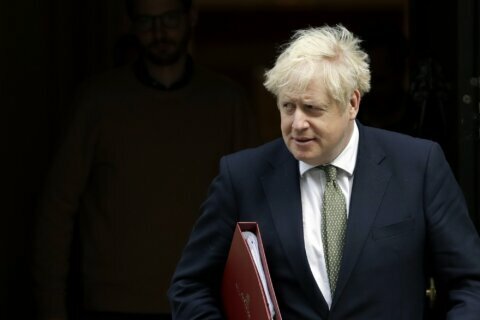