MADRID (AP) — The now-defunct Basque separatist militant group ETA was formed more than six decades ago to try to form an independent state in parts of northern Spain and southern France.

A former ETA leader, Josu Urrutikoetxea, is going on trial Monday in Paris on terrorism charges.

This is a timeline of key events relating to the group, which killed 853 people before it announced its dissolution in 2018:

— 1958: ETA is created during Gen. Francisco Franco’s dictatorship in Spain aiming to carve out an independent Basque state in northern Spain and southern France.

— 1986: Twelve Civil Guard officers die in Madrid and 50 more people are wounded in a car bombing in Madrid blamed on ETA.

— 1987: In ETA’s bloodiest attack, bombs in the parking lot of a shopping center in Barcelona kill 21 people and injure 45 others. A separate attack at a Civil Guard barracks in Zaragoza kills 11 people, including five children and a teenager.

— 1989: ETA declares its first cease-fire and engages in peace talks in Algeria’s capital with Spain’s Socialist government. But the militant group breaks the truce by killing a Civil Guard officer. Central authorities begin the so-called dispersal policy that sends imprisoned militants to prisons scattered across Spain with the goal of weakening ETA’s support network.

— 1992: The militant group suffers a major blow with the arrest of most of its leaders in southern France.

— 1996: Francisco Tomás y Valiente, former president of Spain’s Constitutional Court, is shot and killed at the Autonomous University of Madrid.

— 1997: José Ortega Lara, a Spanish prison worker, regains freedom after 532 days of kidnapping, the longest in ETA’s history. Shortly after, the organization kidnaps Miguel Ángel Blanco, a young conservative councilor in the town of Ermua, and kills him after the government refuses to meet the 48-hour deadline for transferring all ETA militants in custody to prisons in the Basque region. The widespread protests in the wake of Blanco’s killing are considered a tipping point in the opposition to ETA.

— 1998: A new ETA truce before a regional election ends the following year after a failed dialogue with the conservative government of José María Aznar.

— 2002: Urrutikoetxea goes into hiding after Spain’s Supreme Court summons him for his alleged involvement in the 1987 bomb attack in Zaragoza.

— 2005-2006: Urrutikoetxea is one of the negotiators meeting with Spanish government envoys for talks to try to end the group’s activities. A third cease-fire is declared while Basque politicians hold secret peace negotiations involving the future of imprisoned Basque militants. ETA breaks the truce with a car bombing at a parking garage at Madrid’s international airport, killing two Ecuadorian citizens.

— 2011: An international peace conference in San Sebastian calls for ETA to declare a categorical end to its armed activities. On Oct. 20, the group declares the “definitive end” to armed conflict. Spanish officials say ETA is believed to have fewer than 50 members.

— 2017: ETA declares itself officially disarmed after handing over to French authorities dozens of weapons, ammunition and explosives. Spanish authorities demand that ETA disbands.

— 2018: In a letter to a Spanish newspaper published on May 2, ETA says it has “dissolved all its structures.” In a recording released on May 3, Urrutikoetxea’s voice is identified as one of the two ETA members who read a statement announcing the group’s dismantling. The announcement comes less than two weeks after the group offered an unprecedented apology that victims, their relatives, the Spanish and Basque governments say was too late and insincere.

— 2019: Urrutikoetxea is arrested in Sallanches, a town in the eastern French Alps. 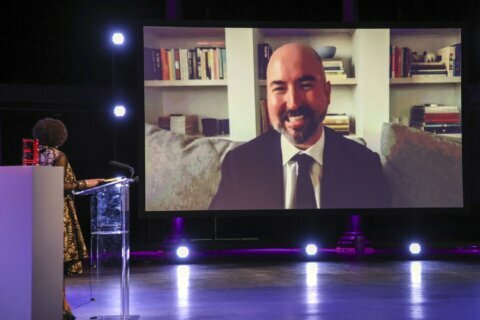 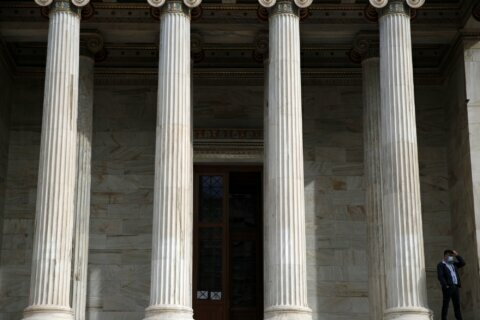